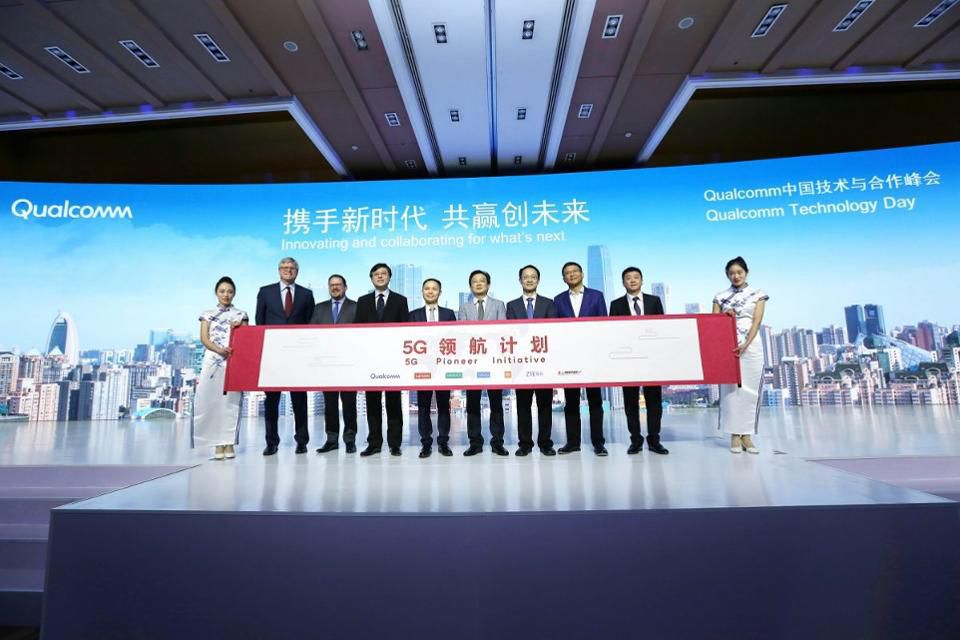 Nobody questions the overwhelming power that China has successfully wielded in the global economy over the last decade, and it is showing no signs of letting up. Many companies have struggled to find ways to capitalize on China’s technological boom with a select few benefitting from it. As the world starts to transition to 5G, many things will change in the economy, and it looks like China will be among those leading the way. China wants to be first in 5G to show the world they are leaders. Last week, Qualcomm, in a financial analyst disclosure talked about how the company would be able to grow in many areas, including China, even without needing companies like Apple as a customer or Broadcom as an acquiree. Two major areas that Qualcomm is focusing on to diversify are expanding the company’s relationships with Chinese OEMs and expanding the RF business to match a growing need for RF, especially with 5G coming.

At an event in Bejing held by Qualcomm last night and hosted by Qualcomm President Cristiano Amon, the company made a pair of connected announcements about its business in China and the 5G future. Both announcements build on Qualcomm’s strategy that it can capitalize on the strong growth of Chinese smartphone OEMs and their new-found scale and to continue to do so into the future. At the event, Qualcomm brought on CEOs and executives from ZTE, Xiaomi, Vivo, OPPO, Lenovo and Wingtech on stage to talk about their partnership together.

Qualcomm also announced what it is calling the ‘5G Pioneer’ Initiative. While the initiative itself doesn’t guarantee a level of business, it does show that some of the biggest smartphone OEMs in China are committing to work with Qualcomm on 5G. I believe the 5G Pioneer Initiative benefits Qualcomm because believe it means that Qualcomm’s chips will very likely ship in volumes comparable or greater than what Huawei and Apple ship today, if not more. After all, Vivo and OPPO together make up for more sales globally than Huawei. The initiative and ensuing partnerships benefit the Chinese OEMs because it helps them to prepare their future smartphones to be globally compatible and compliant which would theoretically make accessing foreign markets easier. The 5G Pioneer initiative can also be a good catalyst to keep the relationships between the OEMs and Qualcomm going and is mutually beneficial for all parties involved.

$2B RF commits over three years

Qualcomm has significantly ramped up their RF efforts over the last five years with their own investments and joint ventures with TDK. RF chips in a smartphone are required to communicate to the cell towers, even though most normally talk about the digital modem.

At the same Beijing event, Qualcomm announced that Lenovo, OPPO, Vivo, and Xiaomi signed memorandums of understanding (MoU) with Qualcomm for RF chips.   These MoUs are all to express the companies’ intent in purchasing Qualcomm’s RF Front End components to the tune of no less than $2 billion in aggregate over the next three years. These MoUs mean that these Chinese OEMs will be buying both 4G and 5G RF components from Qualcomm, which could come out to be a lot more than $2 billion if Chinese consumers hop aboard the 5G trend faster than expected. With Chinese culture being such strong believers in the benefits of technology improving lives, I would expect that the hype around 5G may accelerate adoption faster than anticipated. With 2019 rolling around very soon, it makes sense that leading OEMs like Lenovo, Oppo, Vivo, and Xiaomi are already lining up their partnerships for 5G smartphones.

I believe these two announcements are very closely tied together with the RF front-end announcement being the first of what I expect to be many developments coming from this 5G Pioneer Initiative. The creation of a 5G Pioneer Initiative also shows how and with whom Qualcomm intends to expand further into China and how they plan on doing it. Many of these companies are already Snapdragon application processor customers but having them as RF customers as well means that Qualcomm captures more of the BOM revenue than they ever did before and can help OEMs to deliver a more consistent experience across the globe. I wouldn’t be surprised if more Chinese OEMs that aren’t on the current list end up becoming Qualcomm RF customers just because so many of their competitors are and they don’t want to be left behind in 5G. I expect this won’t be the last of Qualcomm’s big announcements in China, especially since this RF announcement mirrors the one that Qualcomm made only a few weeks ago at CES with Google, HTC, LG, Samsung, and Sony.

Note: Analyst Anshel Sag made significant contributions to this blog.