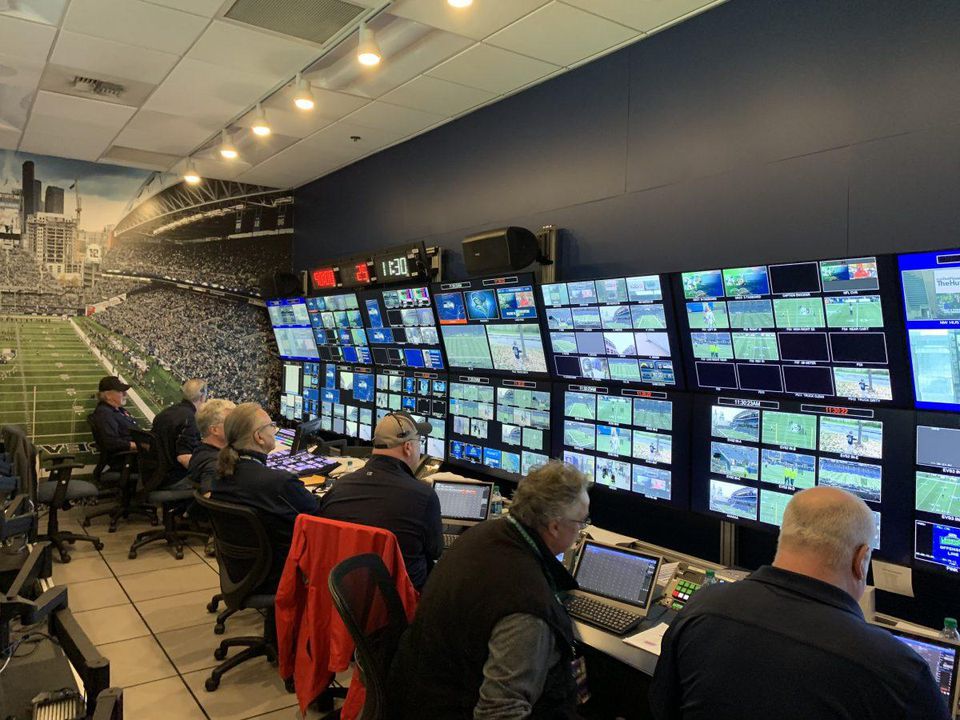 I had the recent opportunity to tour CenturyLink Field, home to the Seattle Seahawks and Sounders FC. Built in 2002 upon the same site that the original Kingdome stood, the venue is a marvel of architecture and engineering. Paul Allen, may he rest in peace, was the famous Microsoft  executive credited for winning over public support for its construction in a bid to keep the NFL franchise he purchased in Seattle. Given the high-tech DNA of the city (home to the likes of Amazon.com and Boeing ), I expected to see cutting-edge technology at CenturyLink Field. I was not disappointed. Chip Suttles, Vice President of Technology, leads the 50+ person team responsible for the venue’s infrastructure with an important stated mandate: to provide the best connectivity experience for fans and attendees. I would like to share what I learned from the visit, and some insights into how that connectivity objective is being delivered.

Vision on and off the field

The Seattle Seahawks have shown dedication to their fans dating back to 1984 when then president Mike McCormack retired number 12 as a tribute to “the best fans in the NFL.” In my experience, technology can’t be transformative or game-changing (pun intended) without a serious commitment to improving its audience’s experience. As Chip and I toured CenturyLink Field together, it was clear that he brings this vision to the typically mundane world of information technology. Chip cut his teeth early in the sporting world, managing the infrastructure deployments for multiple Olympic games in Atlanta, Salt Lake City, and Torino before landing for a time with the Vancouver Canuck hockey team. Today, he harnesses that experience and knowledge to ensure that CenturyLink Field’s networking scales monumentally to support its fan experiences on game day. 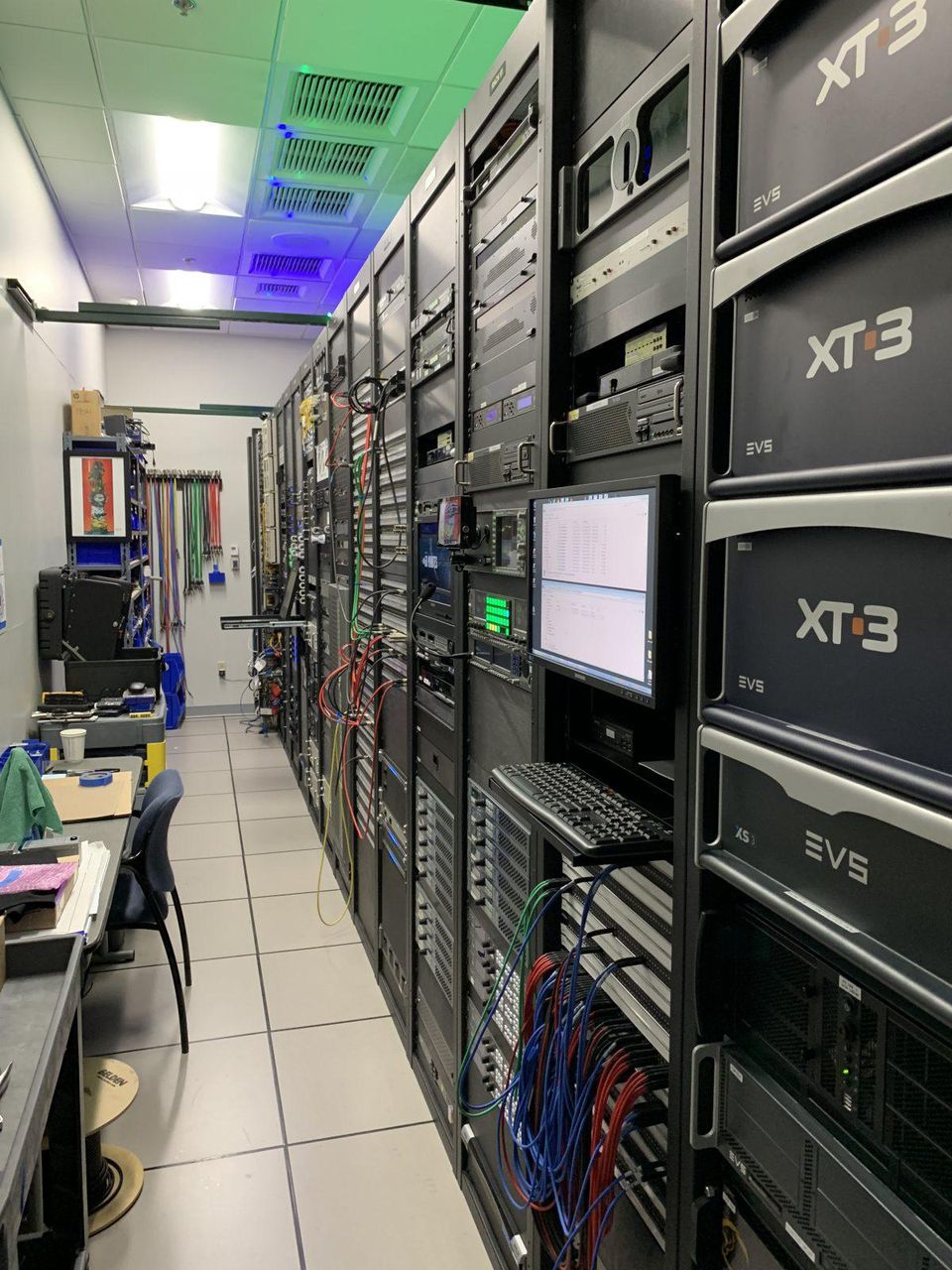 How monumental you might ask? Well, from a Wi-Fi utilization perspective, the venue registers some impressive stats of its own. Peak throughput on its wireless network has risen from an average 1Gbps in 2014 to over 3Gbps today. What’s really astounding though is the data transfer rate of nearly 4.5TB per game during the 2018 season. This ranks CenturyLink Field within the top three venues for Wi-Fi utilization across the entire NFL.

The partner behind the Wi-Fi infrastructure, Extreme Networks, is what powers this connectivity. Its components include ExtremeMobility Wi-Fi access points and controllers, ExtremeAnalytics to gather user insights, edge switches, and ExtremeControl, which provides a centralized software-defined networking console to manage network access. On my tour, I saw scores of weatherized access point units mounted along railing bordering the sidelines, as well as indoors throughout both the stadium and an adjoining convention area. Wireless networking supports a number of mission-critical applications for CenturyLink Field such as wireless ticket scanners, point of sale terminals, beacons, digital signage, and other connected devices. 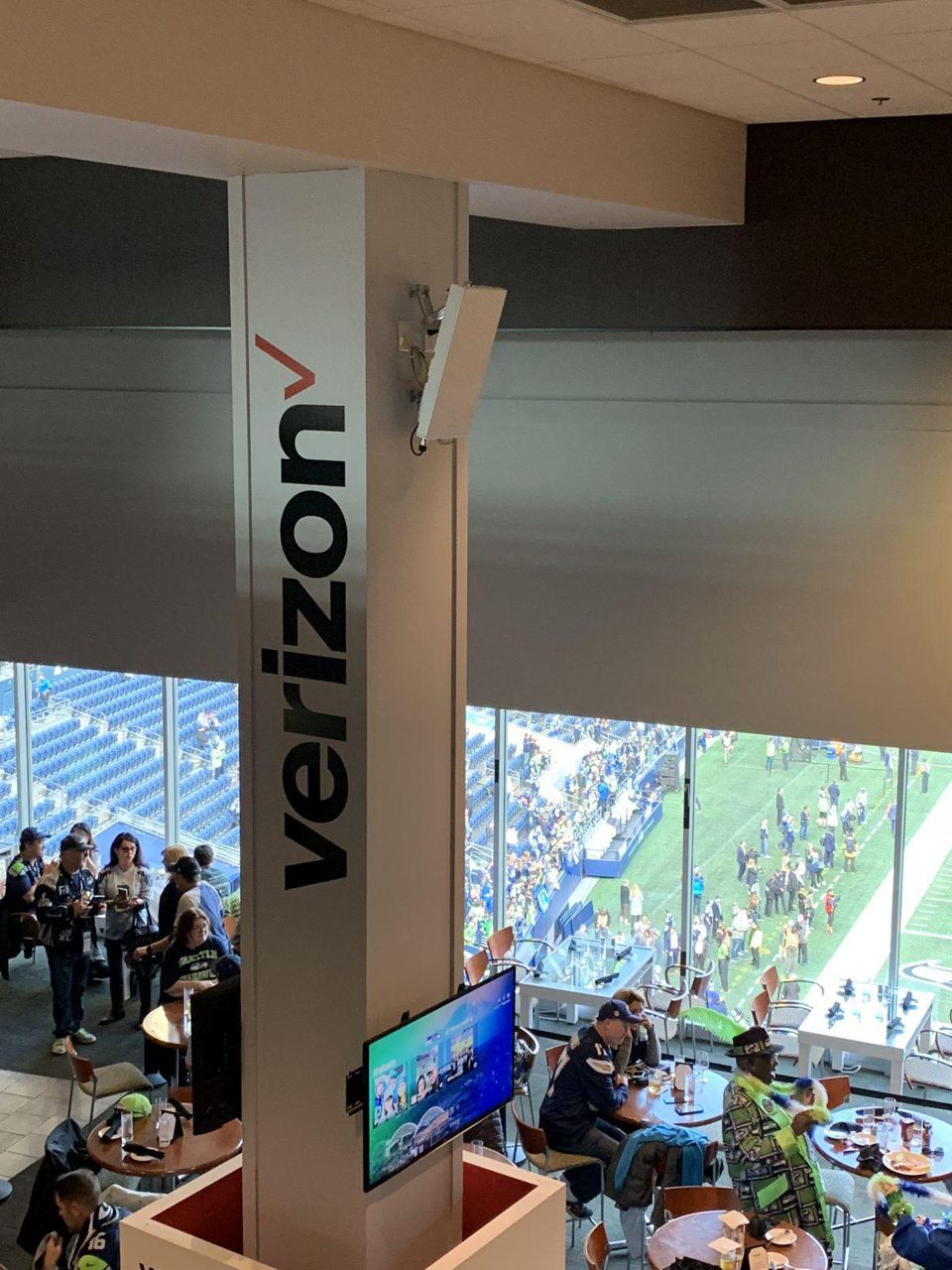 WILL TOWNSEND
Connectivity and services that delightBeyond the aforementioned operational services that keep the venue rolling, CenturyLink Field also leverages its networking infrastructure to delight its fan base. The Verizon Wi-Fi partnership with CenturyLink Field was the first of its kind in the NFL, designed to share and help defray infrastructure costs that can reach up to millions of dollars. As a result of this pioneering effort, similar partnerships between operators and venues are now a de facto standard (which also explains the co-branding I noted on the Seahawks in-stadium app). Through the app, fans can access cool features such as an intelligent bot for assistance, on-demand instant replays, and more reliable access to social media favorites like Facebook and Instagram to share game day experiences. Over 200 BLE (Bluetooth Low Energy) wireless sensors or “beacons” are deployed and used for proximity messaging throughout the venue to alert fans to nearby pro shops and other relevant landmarks. One day that technology could be used for wayfinding and venue management to track fan movement and ensure proper hospitality staffing in real time. I’ve written about this technology in the past—see my articles about Mist and HPE Aruba here and here.

Chip and team are also working on a host of new connected fan-facing services. Clear, a company known to frequent travelers for biometric identification and airport security, is currently testing a payment service. It’s pretty slick—it takes about 5 minutes to set up a profile, register your biometric data, and append a credit card. Afterward, you simply walk up to a concession stand, order, and place two fingers on a sensing pad to complete the transaction. I tested the service and it was lightning fast—I plan to recommend it to my favorite Texas Longhorn pre-game haunt, Scholz Beer Garden! AR (Artificial Reality) and VR (Virtual Reality) will also soon factor into the fan experience. The partnership with Verizon resulted in the installation of two 5G radios. This means fans may soon be able to “experience” what it’s like to plant the 12s flag on the field and walk through the player tunnel.

The day of my tour was somewhat bittersweet as it fell on the first Sunday home game since Mr. Allen’s passing. The forecast was typical for Seattle—rain. The clouds parted though, and as it opened up to a beautiful afternoon, I was able to put myself into a typical fan’s shoes. I used the app, ordered a cold Pacific Northwest IPA through Clear, and purchased my typical souvenir of a ball cap at the Pro Shop. I’ve attended NFL, NBA, NHL, and MLB games throughout the country in many iconic venues such as AT&T and NRG Stadiums, The Barn (Go Spurs!), Wrigley Field, and Minute Maid Park. None come close to what I experienced at Century Link Field from a connectivity perspective—shorter lines, better Wi-Fi and social media responsiveness, and a killer Seahawks app. CenturyLink Field has set the bar for sporting venues, and I look forward to seeing what it will offer fans in 2019 and beyond.