Intel has been talking in detail about their new Skylake CPU architecture for months and is in the process of launching the actual products piece by piece over the past few weeks. There is no doubt that the SI channel, retailers, OEMs and tech-savvy consumers have long been awaiting Intel’s release of Skylake-based 6th Generation Core processors. The launch this week of the full family of Skylake processors from Core M to Core i7 is Intel’s push to bring Skylake into almost every single product segment possible, which I believe, if a few things come into place, will help boost consumer PC sales beyond normal seasonality.

The new Skylake architecture has an immense dynamic range of power envelopes ranging from tablets to servers. I see the biggest leaps in performance coming in fanless notebooks with processors at 4.5 watts. This “magic” 4.5 watt envelope is the max power you can push a fanless device’s processor.

While in their infancy today with products like the new Apple MacBook, Dell Latitude 13 7000, and the Hewlett-Packard Elite X2, I believe that this category will set the pace for where the majority of notebooks will go in the future.

My logic is simple and based on the historical trend of notebook designs intersecting the tablet.  Fanless, detachable 2-in-1s can be as thin as and have as much battery life as a large tablet with the performance to run full PC applications with full multi-tasking. This along with Microsoft’s new and much improved Windows 10 at system price points between $499-699, I believe this is a very solid value proposition. 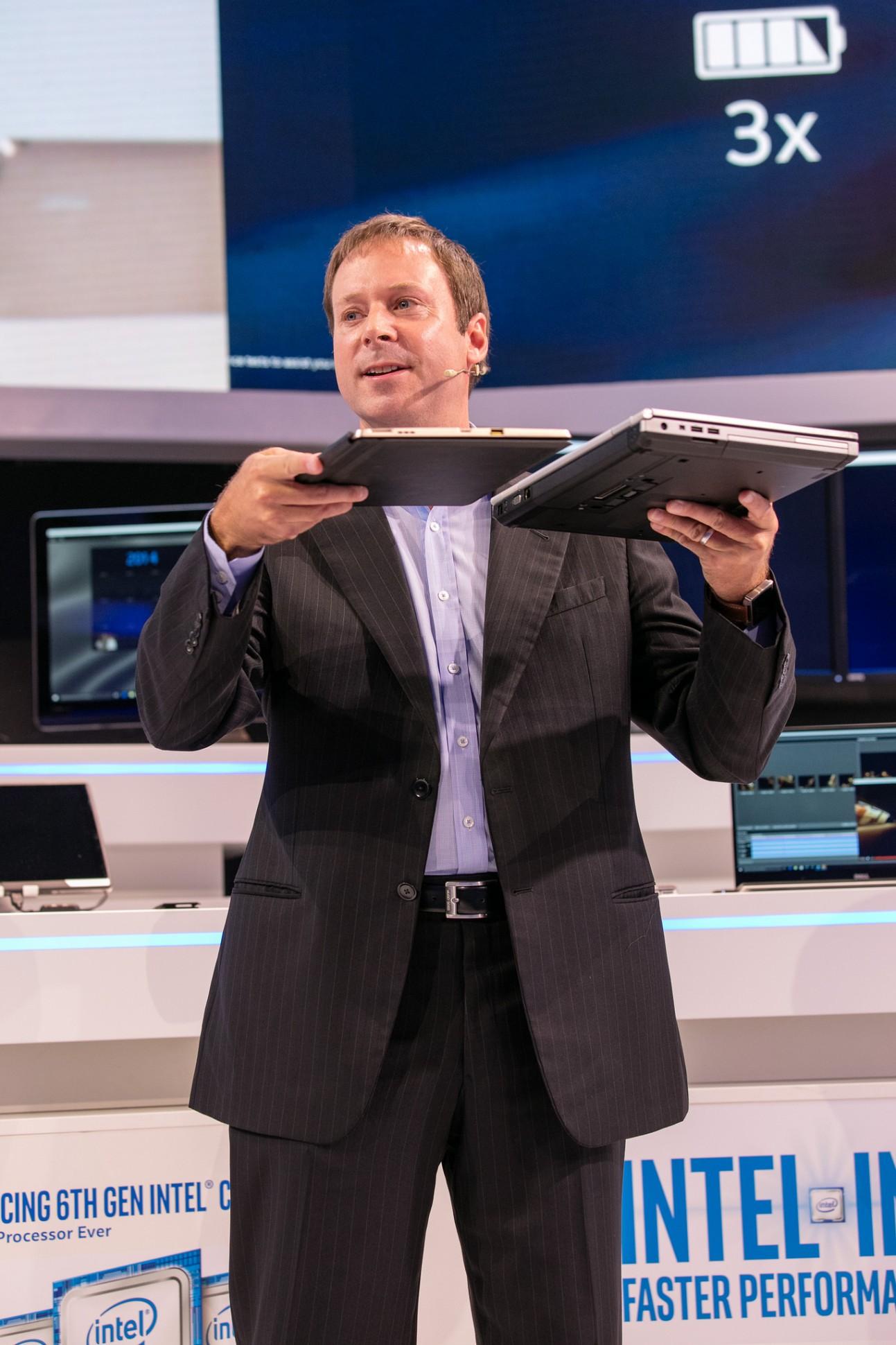 Intel’s Skylake is also finally enabling an ultra-high-end notebook with overclocking capabilities, which I believe will create an entirely new tier of the notebook segment that was virtually impossible in the past. This may not appeal to you, but with e-sports blowing the doors off of even the bigger sports properties in terms of audience reach, PC gaming is a big deal. And very profitable. Did I say profits and PCs in the same breath?

With Skylake, system integrators and users alike can overclock their notebook processors to get the best performance out of them. This has traditionally been an area off-limits to notebook users as you traditionally always got what you paid for whenever you bought a laptop. Additionally, because previous versions of Windows and Microsoft DirectX couldn’t even take full advantage of anything over 2 CPU cores, notebook overclocking didn’t make a whole lot of sense. With the advent of Skylake, notebook overclocking and DirectX 12, we’re already seeing new high-end notebooks and new players like EVGA entering the market that already have plenty of enthusiast overclocking experience. Not to mention there is the new ASUS GX700 notebook which features liquid cooling and a dockable radiator for improved cooling and higher performance thanks to overclocking. Getting excitement in every PC sub segment is important overall as it lends to the social, network effect. 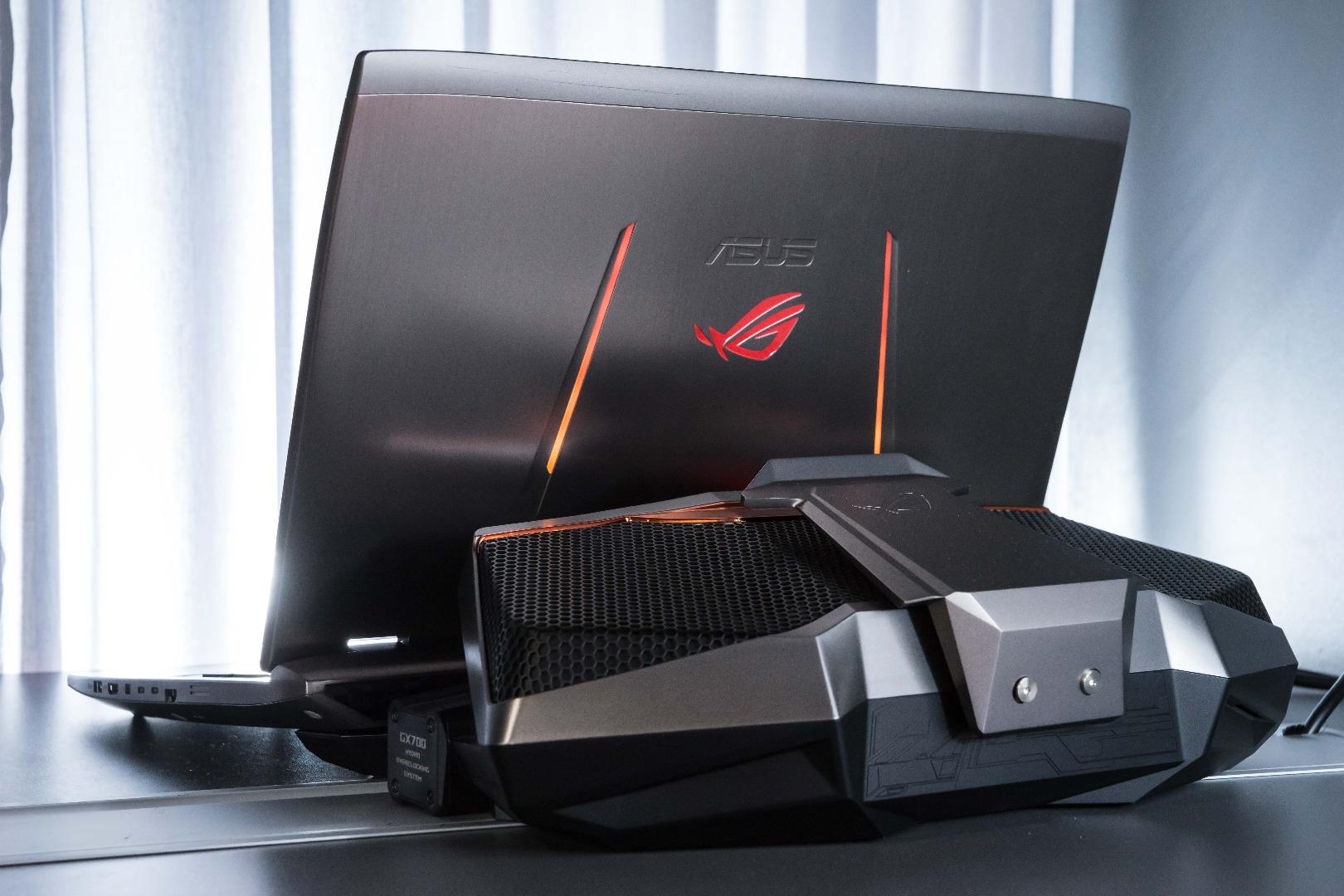 Intel’s Skylake isn’t just about higher clock speeds and lower power. That’s an old story that continually gets told with each generation of new hardware. What’s new with Skylake is that it also enables new PCs to improve the users’ media experience with a much more powerful onboard GPU, Intel’s 9thgeneration, as well as support for features like HEVC (High Efficiency Video Encoding) which makes playing back 4K content and doing Microsoft Windows 10 game streaming all the better. While Intel graphics can’t deliver the raw performance of what an Advanced Micro Devices or NVIDIA can at the higher end of the spectrum, they have really stepped up their game in lower-power, integrated graphics and with their Iris-based systems.

Skylake also helps eliminate some of the biggest pain points of the PC in the past, namely eliminating passwords securely and reducing wires. My ongoing thesis remains that as the PC adopts the beneficial characteristics of a tablet, PC sales will rise. Skylake has the ability to efficiently listen to audio all the time and Intel’s RealSense cameras paired with Skylake’s TrueKey technology and Windows can make for seamless and what Intel and Microsoft are saying is a secure logon. Microsoft calls this feature “Windows Hello”.

The reduction in cables is actually thanks to the implementation of USB Type-C and the reversible USB standard that also delivers over 100W of power. That very same connector is also capable of delivering up to 40 Gbps of bandwidth over a single cable thanks to Intel’s Thunderbolt 3 adopting USB Type-C as its standard connector, also something that will come with many Skylake systems. I do appreciate the USB-C capability in Apple’s new MacBook, but it doesn’t support the full array of options available in SkyLake like Thunderbolt 3 or power delivery. At least not yet. I have seen some embargoed designs implementing USB-C that you will not believe. USB-C enables partitioning of the system in ways that could change the form factors of the PC for years to come.

Microsoft Windows 10 was built for older hardware but the real PC magic occurs with new hardware and new APIs. This is why so many people have been so excited for the second half of this year when Windows 10 and Skylake were both expected to launch, albeit it would have been nice if SkyLake notebooks were here for the back to school timeframe. Now that we’ve got both pieces of that puzzle it really comes down to seeing what the OEMS and system builders do with their new systems and how consumers receive them. We got a sneak peek at IFA what is coming up, but trust me, you haven’t seen anything yet.

The reality is that Intel’s Skylake is the bellwether for the whole PC industry and if it is successful, the entire PC industry will follow. However, there are some caveats with this because it isn’t all perfect in Skylake-land. At this moment, it is still difficult to obtain Skylake desktop processors in some of Intel’s biggest markets and some channel partners and etailers have expressed concern that they may not have enough stock to satisfy demand and sell all of those new Z107 motherboards and DDR4 RAM along with them. That’s good and bad, right? Big demand for a PC platform. The next thing you would expect are lines around the block. OK, maybe not.

Everyone needs to calm down and realize that it is the very beginning of September, and the real consumer sales-out action for the holiday doesn’t begin in November, two months from now.

Marketing aside, Skylake will likely be the best notebook processor Intel has ever made. It remains to be seen how successful the entire product family will be, but the reality is that Skylake is incredibly efficient, incredibly fast, and very overclockable. Skylake has all the makings of a great processor architecture and reviews of the new processors are mostly coming back as positive. While I have seen pre-launch SkyLake-based notebooks and I like what I see, these platforms need to quickly get out there to start generating the buzz required to help lift the consumer market.

The consumer PC industry seems to have all the right ingredients for a lift- an estimated 600M 4 year old PCs, new horizontal use cases, sexy designs, affordable price points, a good Microsoft OS, new CPU, new chipset and new memory, less alternative consumer electronics competition, and a boatload of promotional money ready to be shot out of a cannon. BUT, the entire industry needs to have more confidence in the opportunity to take advantage of what is right in front of them. This means the channel, retailers and OEMs cannot get conservative in their forecasts or a mediocre Q4 will become a self-fulfilling prophecy. Intel and Microsoft need to come together and take it across the line with boatloads of cash to shoot from that cannon.

PC industry- it’s time to go for it, step up to the plate and swing for the fences. We’re all tired of singles.