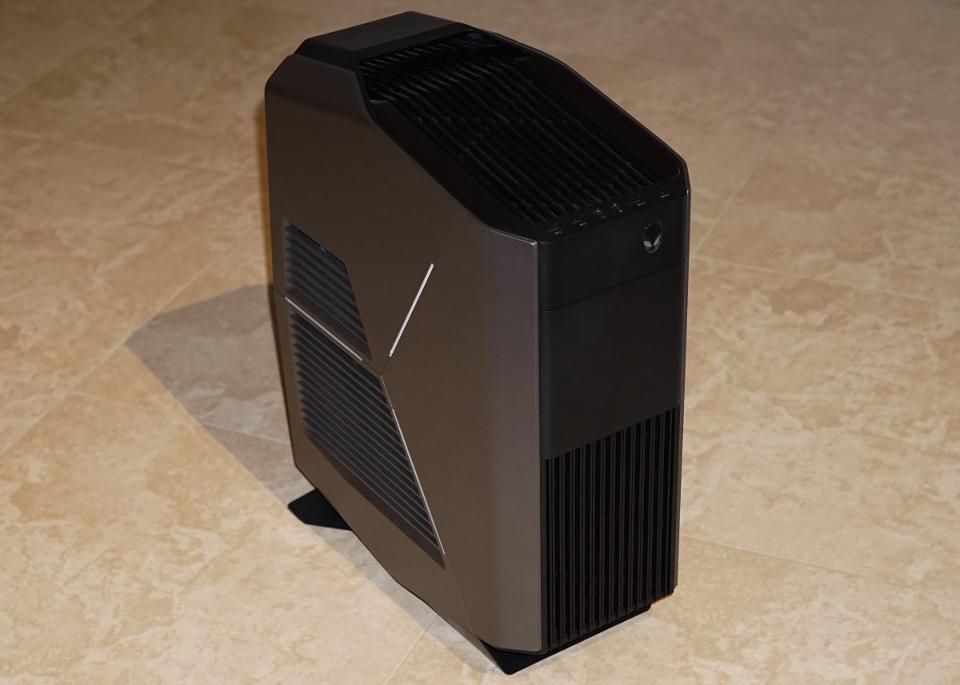 I have been a PC enthusiast since the ripe old age of 5 years old. I built my first PC at the age of 11 and have been building my own PCs ever since. I have not used a pre-built desktop computer as my daily machine since 2001 when I used a Sony VAIO with Windows ME. So, naturally, when I was offered to test out Dell’s new Aurora R5 desktop PC I was skeptical. I was especially skeptical because this machine was quite a bit smaller than most of the PCs I had built in the past. When it came to getting a VR-capable machine it seemed like Alienware was a good company to look to since they have been in PC gaming for almost as long as I’ve been aware of its existence.

The Alienware Aurora R5 is a new product in Alienware’s line that sits between their tiny Alpha series and their enormous Area 51 series. Alienware sent me one of their highest configurations of the Alienware Aurora R5 computer which was designed specifically with VR gaming in mind. It is designed to bring the power of the high-end into a much smaller form factor. This included an Intel Core i7 6700k, 16GB of DDR4 (2133 MHz), 512GB PCIe SSD and 2TB HDD as well as an NVIDIA GTX 1080 all powered by an 850W PSU. This system, if built today, would cost roughly $2250 based on the lowest prices I’ve seen to date. However, I have seen much less expensive configurations at Best Buy at their ‘VR booth’ where a VR ready R5 can be had for as low as $1049. All of this has been packed into such a high performance and compact package thanks to the highly-customized design made by Alienware which is designed to maximize use of space and cooling including a liquid cooling setup from Asetek. 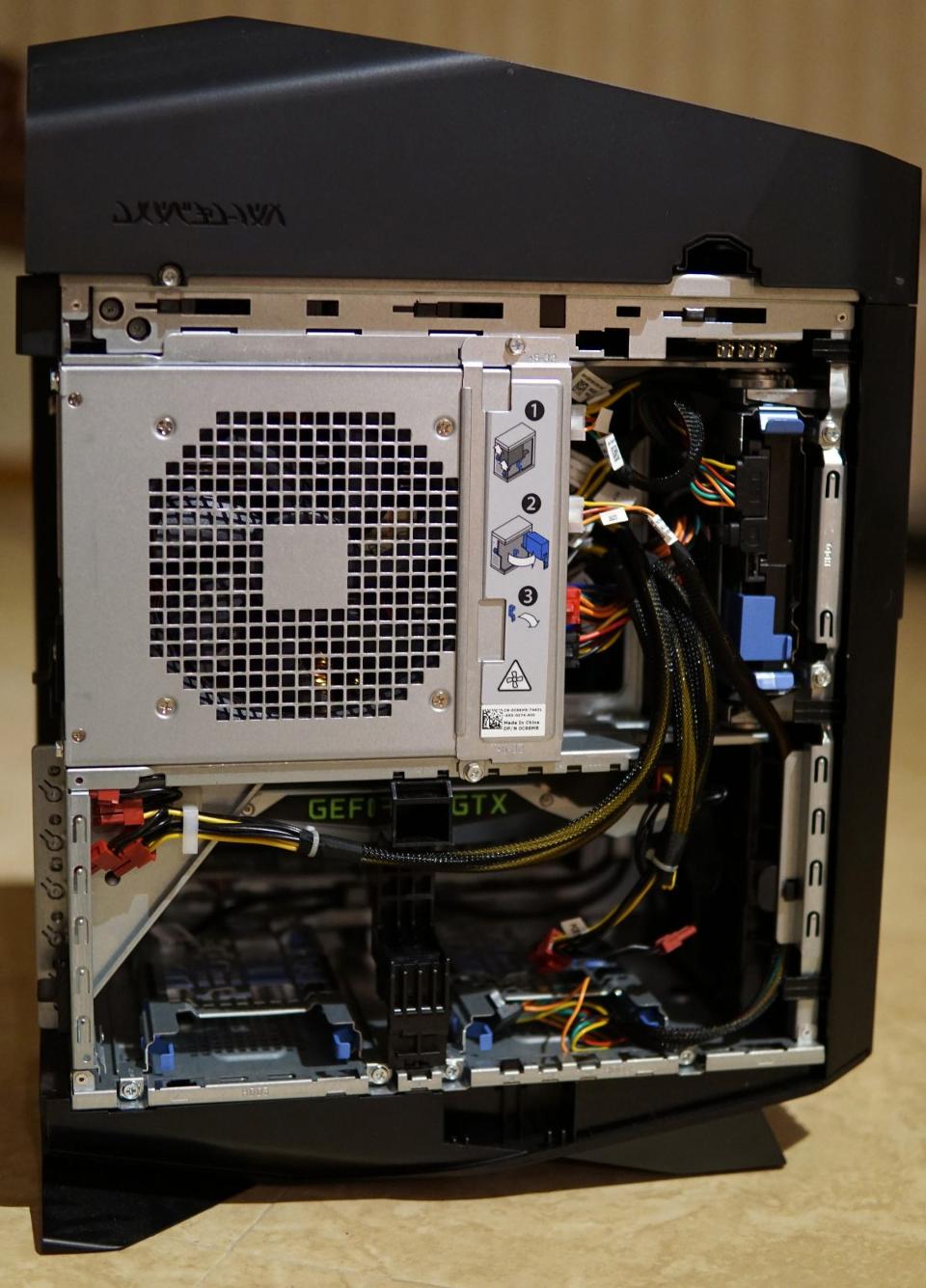 A similarly configured PC would cost roughly $1787 if you built the system yourself, I used PCPartPicker to closely match the parts in the Alienware configuration. However, this about $500 price difference doesn’t account for the time you save not waiting for the parts to arrive, hoping that all the parts will work, and that when you plug in your VR headset that it will work fine. When I built my first VR PC back in February of this year, I spent countless hours troubleshooting my PC trying to figure out why things weren’t working. The entire purpose of this review was to see how much better the pre-built experience is compared to the self-built one. Alienware has spent countless man hours trying to configure the Aurora R5 to be VR setup friendly and I can tell you that from my own experience it was much easier and faster to setup my Vive with the Aurora R5. 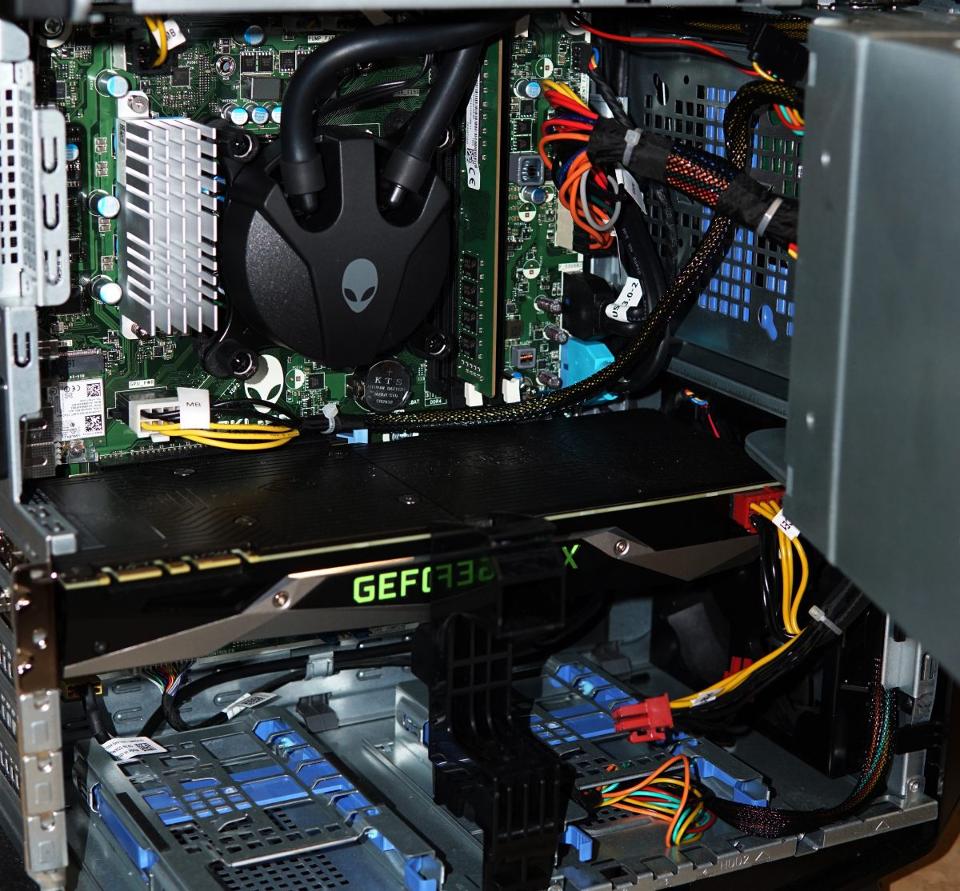 Alienware didn’t bloat the system with tons of unnecessary software, nothing more than I would want on there, and they already pre-installed Steam, which was nice because I would need to download that anyways. Unfortunately, Steam needs an update almost every time you start it up, but other than that it was great. Alienware also includes their own update software which ensures that the system drivers and firmware are kept up to date. However, I did not see anything for updating the NVIDIA drivers which I believe still need to be done through NVIDIA’s GeForce Experience. Alienware also designed this case to be as compact as possible and has a plethora of USB ports on the top front of the case, two of which are powered and work great for a VR headset.

I put the Alienware Aurora R5 through the paces in VR running numerous Vive titles on it without a single hiccup. I also demoed the Vive to numerous people with the Aurora R5 and I never experienced any major issues. I could smoothly run apps like Everest at high settings as well as NVIDIA’s VR Funhouse, both of which are extremely taxing on the GPU and push the system to its limits. I also played fast paced games like Space Pirate Trainer and slower paced apps like Google Earth VR. Over the last 3 months that I have been using this system it has never let me down and continually booted up faster than any of my other systems. It also did this while being the smallest and quietest of the group as well.

I even ran Futuremark’s VRMark benchmark and got pretty good results, showing this system performs quite well in VR and is faster than most other very high-end gaming machines. I also ran Valve’s SteamVR performance benchmark and maxxed out their VR index at 11, which means that based on Valve’s own estimates this machine can run nearly all VR experiences at very high settings. 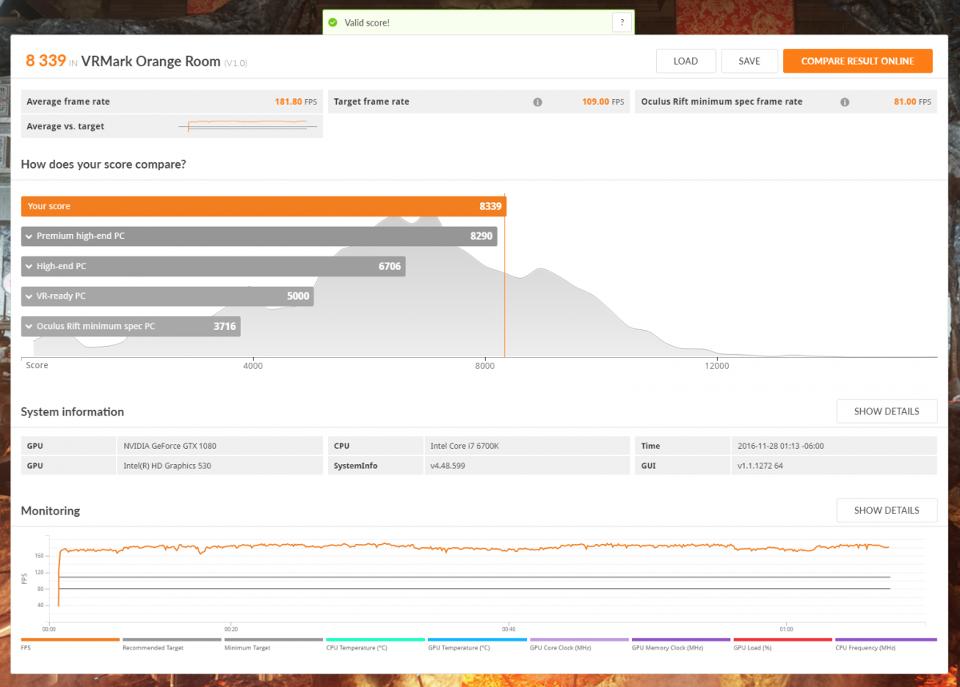 The Alienware Aurora R5 has given me renewed faith in prebuilt systems. As someone who has always looked down upon most pre-built systems, I can absolutely say that I could not build a system as well as this one, and Alienware have outdone themselves in terms of build quality, stability, aesthetics and overall design. Pre-built systems may be more expensive in most cases, but they provide an entirely different value proposition than building your own. My experience illustrates how well pre-built systems can perform and the benefits of buying a pre-built system over building one yourself.