It is not much of an exaggeration to say that Artificial Intelligence (AI), in its present form, would not be possible without NVIDIA GPUs. NVIDIA has enjoyed near-universal support from some of the largest adopters of Machine Learning technology, as NVIDIA’s speedy GPUs accelerate the training and use of the Deep Neural Networks that enable AI. In this week’s news, Chinese internet giant Baidu, essentially the Google of China, has made a sweeping commitment to use NVIDIA’s hardware and software across key segments of its vast business, from powering cloud computing services and in-home entertainment to guiding autonomous vehicles. While many companies including Intel and Advanced Micro Devices (AMD) ready products to enter this space, NVIDIA appears to be consolidating its lead. For now, NVIDIA enjoys the pole position in the most transformative technology race of our time. 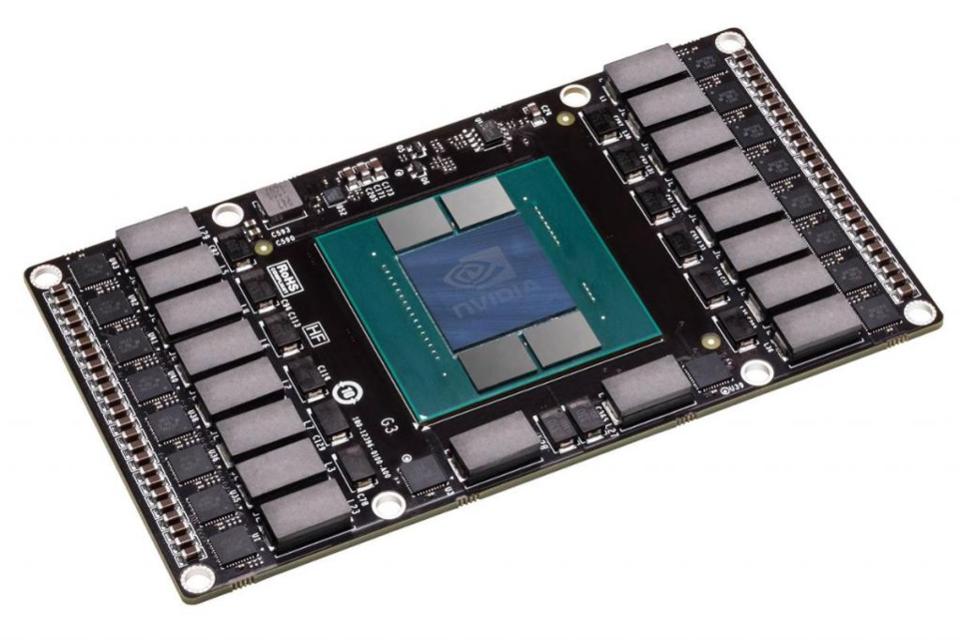 NVIDIA’s Volta GPU can crunch 120 trillion operations per second, according to the company. (Source: NVIDIA)

Baidu and NVIDIA have long had a close relationship, and this announcement is significant in its breadth, spanning nearly every aspect of the internet giant’s business. Unlike Google, its American counterpart, Baidu appears to be content to use NVIDIA’s commercial technology, instead of designing its own chips for AI acceleration. Baidu will focus on its software and its internal use cases for AI; it already has some of the world’s most advanced AI for natural language recognition and translation, necessitated by the need to understand and translate spoken search queries in its market’s plethora of dialects.

First, Baidu will offer the latest NVIDIA GPU’s in its cloud for Chinese business and researchers, hosting NVIDIA GPUs for training (NVIDIA Tesla Volta-based V100 GPUs in the open source HGX-1 multi-GPU chassis) and inference (Pascal-based Tesla P4 GPUs). Second, Baidu will use the NVIDIA DRIVE PX2 platform to power its Apollo autonomous vehicle efforts, working with Chinese auto manufacturers to accelerate the advancement of self-driving technologies. Baidu will also work with NVIDIA to optimize the internet company’s machine learning framework, Paddle Paddle, to take advantage of NVIDIA’s latest innovations in the Volta platform, presumably exploiting the “Tensor Cores” technology which can increase performance by nearly an order of magnitude. Baidu seeks to establish Paddle Paddle as the standard for China’s growing AI industry, a strategy that mirrors that of Google with its own TensorFlow software. (Both efforts are open-sourced.) Finally, Baidu will use the NVIDIA SHIELD TV platform as its in-home entertainment and information appliance and will add Baidu’s rich DoerOS conversational AI system to SHIELD to service the Chinese market.

Two of these announcements are particularly strategic for NVIDIA and should add further momentum to NVIDIA’s AI business. NVIDIA has been able to accrue significant design wins for the automotive market, including Audi, Bosch, Mercedes, PACCAR, Tesla, Toyota, Volkswagen and Volvo. Baidu is the leading developer of these platforms in China and is working with local auto manufacturers to advance the state of the art in its Apollo project. It’s easy to see why Baidu chose NVIDIA: the DRIVE PX2 provides a rich and flexible platform for development and deployment of AI in the vehicle, speeding time to market with integrated sensor fusion, Deep Neural Network (DNN) processing and control processing all on one board, using its Xavier SOC as the car’s brain. Once the software is perfected, an OEM can undertake cost reduction steps with NVIDIA and others, such as Xilinx, to tailor the final production platform for the mass market. Note that the training of the DNNs is done in the cloud, contrary to some press reports, driving further revenue opportunities for NVIDIA’s datacenter GPUs. The DRIVE PX2 platform is already in production at Tesla, who aims to update its software to enable full Level 4 autonomous driving later this year.) 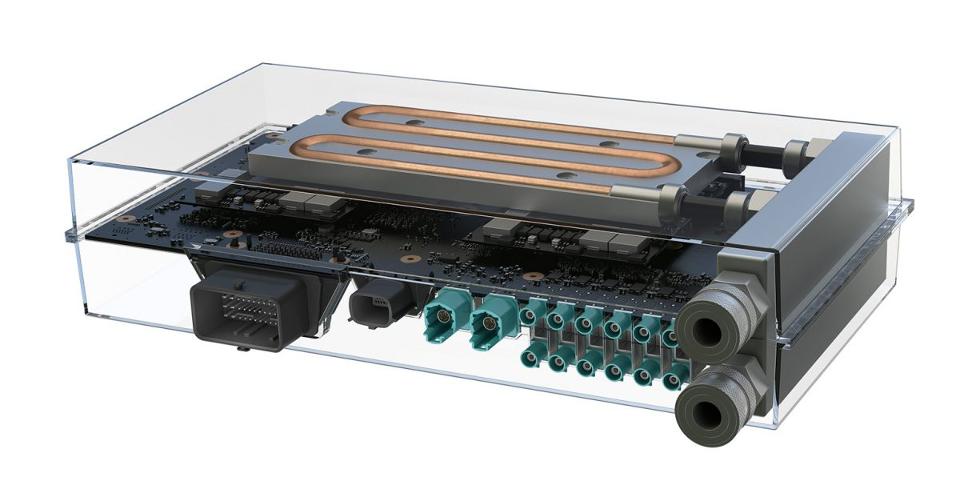 NVIDIA’s DRIVE PX2 is a complete platform for developing autonomous vehicles and has won support from many automotive manufacturers. (Source: NVIDIA)

The deal with NVIDIA for the home market is also intriguing, as it could open up one of the largest markets in the world for in-home AIs for both companies. By using the NVIDIA SHIELD TV as its AI work horse, Baidu is placing a bet that Chinese families will enjoy the combination of a low-cost gaming platform, a TV streaming device and an in-home AI assistant as their control center for in-home AI, which could add further momentum to NVIDIA’s consumer reach.

NVIDIA’s deep relationships with the internet’s largest service providers place the company at the forefront of AI research and development. While some argue that the DRIVE PX2, at a list price of ~$15,000, is overkill for mass deployment in automobiles, NVIDIA’s integrated development platform is attractive to companies racing to get these self-driving vehicles to market and puts NVIDIA in the enviable pole position for cost-optimized implementations. Baidu has chosen NVIDIA as its AI hardware partner because NVIDIA understands this market better than its competitors and has products that deliver the required performance across a broad range of price points. For NVIDIA, Baidu is the ideal partner to penetrate the massive Chinese market AI in the datacenter, on the road and in the home.