Over the last three years, Apple has reshaped many industries, including the smartphone, tablet, PC and even SO Cindustry.  One area 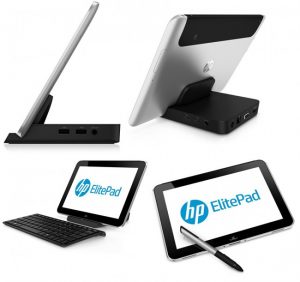 of Apple success that was in Microsoft’s own backyard was enterprise tablets, where, according to Apple, 94 percent of the Fortune 500 is either testing or deploying iPads.  For a product that has only existed for a few years and the slow pace of enterprise change, this is no small feat.  While no competing enterprise tablets emerged over the last three years to challenge the iPad, technologies developed over the last few years by Intel could very well change the competitive dynamics.

Enterprise iPads were deployed for very similar reasons that consumers bought truckloads of iPads for themselves.  IPads were thin, light, sexy, easy to use with 10 hours of battery life.  Through the use of EAS and an MDM, iPads were “secure enough” for enterprise email.  As time rolled on, Apple added even more security features and companies like Oracle, SAP, and Salesforce.com started to develop enterprise front-ends to their products and services.  This enabled iPads to be more than email machines, but devices where workers could quickly get access to HR and financial system data. 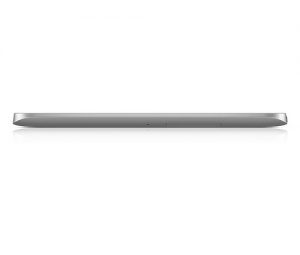 Because iPads aren’t Windows PCs, enterprises needed to spend a lot of time and money making iPads “enterprise-compliant”.  By this, I mean IT had to buy products and services and create parallel processes to secure, provision, deploy, manage, service and support iPads.  They did this because of the benefits iPads brought and the lack of a Windows alternative.  At that point, the Windows alternative was thick, hot, and expensive with no more than 5 hours battery life.

Intel Atom Z2760, aka Clover Trail, could change this enterprise dynamic.  If you look at many of the vectors where Windows tablets had an issue, many of them are solved with Clover Trail.  With the Atom Z2760, HP, Dell, and Lenovo have just recently started shipping created tablets that are thinner, lighter, as sexy with better battery life than today’s iPad.

Here are a few snippets on the new tablets that only became available for pilot and deployment:

Windows 7 is still the enterprise desktop standard and Windows 8, with its issues, is actually viewed by the enterprise as a simpler choice.  You see, while enterprise isn’t enamored with Windows 8, it’s a lot easier to secure, provision, deploy, manage, service and support a Windows 8 tablet than it is an iPad.  This is because it is a PC and can use the same tools and process they do on their 100s of thousands of PCs.  These new tablets can also run legacy desktop apps, too, which means as productivity devices, they can access more of the company’s systems and data without any changes to the older apps.  Finally, the tablets are compatible with the 100s of thousands of USB peripherals, the ones important to enterprises like corporate standard receipt printers, laser printers, full-sized keyboards and mice.

Net-net, these new Windows tablets offer support or the tools enterprise IT already know and have paid for and eliminated the downsides of the previous 22 years of Windows tablets.  The large enterprise CIOs I have talked to really like this combination, too.  Because these new tablets only now became available for pilots and deployments, it will take a while for them to start driving mass volume, so the iPad impact will be minimal at first.

Just as it took Samsung and Google years to get their act together in smartphones and consumer tablets, HP, Dell and Lenovo are now ready to lean into enterprise tablets and have the potential to start chewing aggressively into enterprise iPads.  Apple finally has real tablet competition in the enterprise and will need to amp up their game to maintain their position.

If you would like to learn more about this, I have published a detailed white paper here.