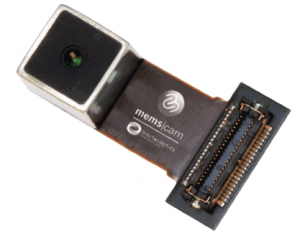 Last week I attended Mobile World Congress (MWC) in Barcelona, Spain, the world’s largest gathering of the mobility industry. At MWC, I focused my time researching new phones, tablets, apps, cloud services and their associated technologies. One of the most interesting technologies I saw was a MEMS-based camera by DigitalOptics Corp, which I believe could be the next big thing in smartphones. 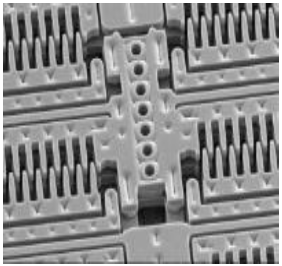 So you’ve never heard of MEMS technology?  It’s OK, only the geeky have for the most part. MEMS stands for “microelectromechanical system” and are microscopic machines that replace the larger, bulkier, heavier and power sucking predecessors.  MEMS is the same technology that has revolutionized mobility technologies like microphones, barometers, gyroscopes, and even electronic clocks.

MEMS technologies are produced in “fabs” like semi-conductors, not like a traditional factory that bends and welds metal- these are clean rooms.  This means the products are more precise, smaller, use less power, and are more reliable. It would therefore make sense that MEMS technology would make its way into smartphone cameras, which today are based on patents that go back to the 1870′s.

Most smartphones today use a camera motor called a VCM, or “voice coil motor”, to focus images. The “V” in “voice” comes from the fact that the same kind of technology was used in the 1870′s by Alexander Graham Bell to produce voices from electricity and magnets.

DigitalOptics Corp, a subsidiary of Tessera, is sampling the first MEMS-based camera which they have branded “mems|cam”.  According to DigitalOptics, versus today’s VCM technologies, mems|cam can:

As you can see, the benefits of micromechanical technology from MEMS can result in faster photo capture at higher image quality at lower power.

In addition to taking higher quality pictures and taking those pictures faster, mems|cam also provides smartphones post-capture focusing options.  This is similar to what a Lytro does, but at full resolution, not at chopped down resolutions or mega-pixels.  When Lytro takes a picture, it is taking one image and splitting that image into multiple depth images.  The resulting image you choose is very small and low quality. With the mems|cam, it takes multiple, full quality pictures at varying focus distances which the user can manipulate after the photo is taken.  This is really, really big, because it could eliminate most out-of-focus pictures.  It can only be done now with mems|cam because it can focus so quickly.

DigitalOptics didn’t announce they were shipping mems|cam production units yet to large end customers, nor did they announce major design wins big name brands, but they aren’t rookies in cameras.  Their technologies ship in digital-still cameras in brands like Samsung and they have already shipped their tech into 250M smartphones around the world.  Their face-beautification algorithms are being shipped inside the OPPO Ulike 2 camera in China.

As the smartphone industry is maturing, phone OEMs are looking desperately for differentiators to separate themselves from the competition.  Photography and imaging are hot now as evidenced by major phone makers like Apple, Nokia, and HTC stressing photography, and technology providers Qualcomm, Intel and Nvidia stressing computational photography with their latest wares.

DigitalOptics mems|cam provides the potential for some serious differentiation in smartphones and tablets, but will the big brand-names bite?  The company says they are starting in China, which could be a good strategy as it is a huge market, there are more players fighting each other, and their cycle times are faster.  I would expect we will need to wait until Shanghai Mobile Asia Expo to see the outcome.  One thing that isn’t ambiguous is that the mems|cam has the potential to disrupt the VCM and smartphone market, and that’s a good thing for consumers and the industry.