Austin, TX is a hotbed of Internet activity, proving the theory that strong competition brings consumer benefits as we now have multiple providers for gigabit (1000Mb/s) internet service. But, the biggest beneficiary might not be carriers like AT&T, Comcast, Time Warner Cable or even Google – it could be the lawyers. Promises of massive bandwidth and lightning-fast downloads may not come true for many because of the aging infrastructure and upstream bandwidth.

Austin was at the forefront of broadband adoption, so the carriers’ cables and infrastructure are ancient by today’s standards. I have been with a smaller local provider for several years, service was always reliable. When gigabit came to town my paltry 6Mb/s plan was updated to 15Mb for free. The outages started. Then competition drove them to give me 50Mb/s, still at the same price, and things started to really fall apart. In a 15-month period I had no less than 25 onsite visits. Cabling and local equipment had to be replaced and ultimately they ended up running fiber to my house in order to resolve their aging equipment issues. Service is now great, but they spent thousands on just one customer – that model isn’t scalable. Time Warner Cable has done a bit better where they relatively easily upgraded 25Mb customers to 50, 50Mb customers to 100 and 150Mbit to 300. Some 300Mb customers like Moor Insights & Strategy founder Patrick Moorhead, my boss, had some real issues, but again, a lot better than my experience.

The existing infrastructure for a large part of the country is inadequate to handle these speeds. Coax can be replaced by fiber, but fiber is expensive and carriers don’t have as much experience with it. The switch is coming at a time when ISPs are being pressured by competition. While you may feel your cable bills going up, the complexity of what carriers need to support is scaling even more dramatically; capital outlays on new equipment are necessary, not to gain an advantage but just to be competitive. All of this is happening with a backdrop of margin pressures on the business side. It is an untenable situation and I fear that the business side of the problem is going to create a world of hurt for the ISP market. The short answer for many will be to pump faster speeds over the old infrastructure and replace only when complaints come in.

Now the second problem: marketing, the proverbial four-letter word of the technology industry.  Engineering understands the art of the possible but marketing believes that “you don’t sell the steak, you sell the sizzle.” In my old marketing days we used to say “if it bends it’s marketing, if it breaks, it’s lying.” Well the nascent gigabit marketing is about ready to see some stress fractures due to a combination of the business environment above and their own overly aggressive claims. While all of them will be functionally true (because they all have their lawyers too) we may see the boundaries between theory and practice being tested.

During the transition to fiber, my provider gave me gigabit service for a month.  I can honestly say it was great to go to my ISP’s speed test report ~800Mb/s on a regular basis, but why was I only getting 80% of the rated speed? There’s the rub. It is not truly gigabit, it is “up to gigabit” speed. And it gets worse from there. 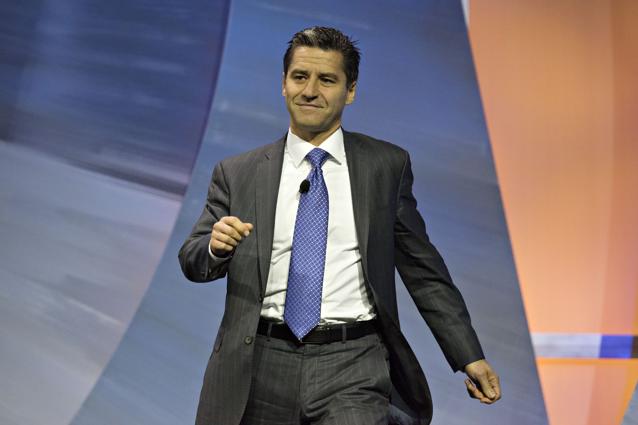 Rob Marcus, chairman and chief executive officer of Time Warner Cable Inc., arrives on stage during INTX: The Internet & Television Expo in Chicago, Illinois, U.S., on Wednesday, May 6, 2015. The event, formerly known as The Cable Show, has been reimagined for doing business in the digital economy by the National Cable and Telecommunications Association (NCTA). Photographer: Daniel Acker/Bloomberg *** Local Caption *** Rob Marcus

The 800Mb/s is only if you plug a PC directly into the Ethernet port (there is no longer a customer-accessible cable modem). But if I plugged a router in to share the internet service with the rest of the house, that speed dropped to ~650Mb/s due to the router overhead and the fact that older consumer-grade equipment was not designed for these speeds. While it was 13X better speed, that was only the connection to my ISP. Accessing a server in Dallas, 200 miles away, was ~350Mb/s, or only 7X my old speed. To a large server in Virginia I was seeing only ~180Mb/s. The large print giveth and the small print taketh away.

The problem is that the fantastic speed claims are simply to an ISP’s headquarters, not the rest of the internet. While ISPs might give you a fast pipe to themselves, the upstream pipes out to everything else will determine your actual performance and experience. Downloading a 1GB backup file from my website (hosted in a data center in Kansas) took 10 minutes with gigabit, half the speed of before, but web surfing speed was unchanged (due to its more random nature). Updating apps on iPads or my computers was marginally faster, but this was not “rocket fast” or any of the other adjectives that had been used. After a week my wife put it bluntly: “well, it’s online now, but why is the Internet still slow?” It is slow because when you visit your favorite websites, you’re jumping across the infrastructure of dozens of carriers and much of the content is built on the fly in order to customize for advertising. Allegedly a single page at Facebook has thousands of interactions behind the scenes – the fattest pipes in the world wont help that much. Unfortunately, gigabit internet solves the “last mile” problem but does nothing to help all of the other miles out there.

And as more of customers have gigabit plans, they’ll utilize more rich/streaming media, putting more strain on the ISP’s system. Carriers will need to buy more capital equipment, driving more cost in the face of continued competition. The situation may be untenable for some ISPs, driving them out of business. Ultimately, the competition bringing you this faster service today may be the undoing of some of the smaller guys, resulting in less choice – and we know how that story ends.

Clearly the larger carriers have the best chance for survival, but with a backdrop of the recent Net Neutrality regulations, these carriers are anxious about bandwidth and investment, at the same time that content providers are creating more bandwidth-hungry applications and media.

Which brings me back to the lawyers. Back in 2007 Comcast settled a class action suit regarding the throttling of traffic, despite their promise of users being able to “download at crazy speeds.” The FCC just handed down a $100M fine to AT&T for throttling unlimited data plans. And a customer has brought a suit against Time Warner Cable because (amongst other things) the high speed upgrade they promised is not being seen.

I don’t see this as an industry or Time Warner, Comcast, AT&T or Google trying to intentionally hurt its customers, but it is clearly an industry that is pushing its infrastructure to the limits. Combined with the wild marketing claims, they’re on a collision course with reality. And that is when the lawyers start showing up.