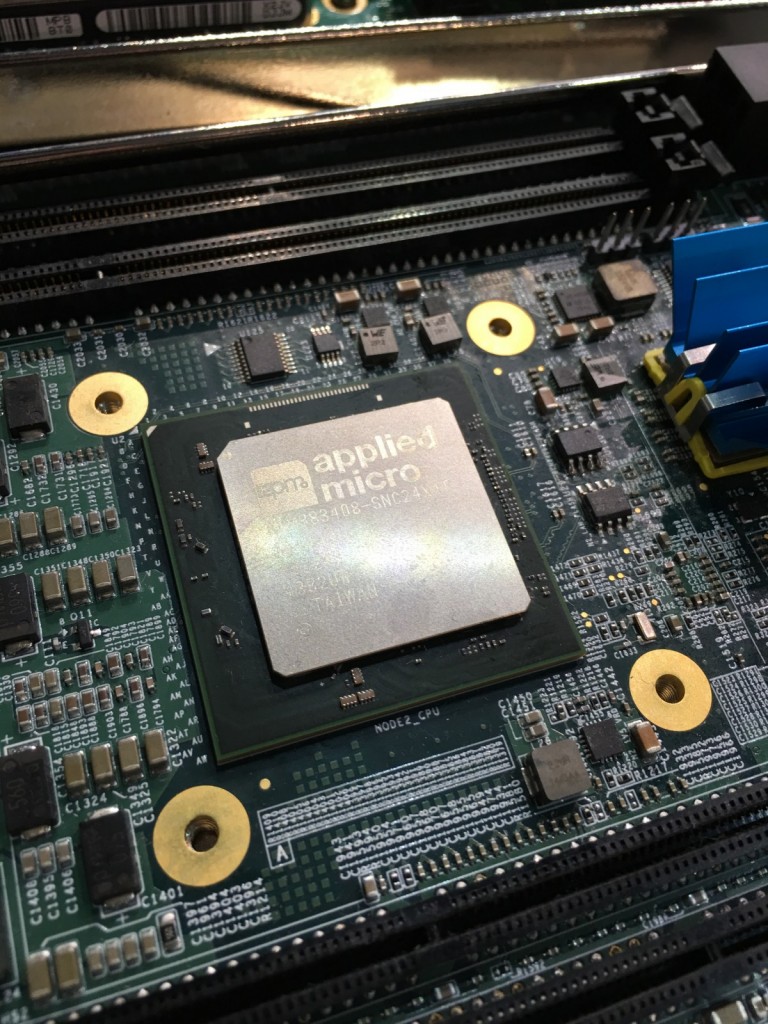 There has been a lot of buzz in the industry over the last several years about ARM Holdings’ and its partners’ plans to go after the datacenter market with a particular focus on servers. Companies like Advanced Micro Devices, Applied Micro Circuits Corp. (AppliedMicro), Cavium, and Qualcomm, are now in various stages of product development with ARM-based server SoCs. AppliedMicro was the first to ship ARM server chips. It has taken many years, but a number of high profile customers in the web services, enterprise, and high performance computing markets are in the midst of ARM server technology evaluations and proof of concept deployments. While progress has been made to drive customer interest by the ARM community, ARM server players still face a significant uphill battle as they look to compete with Intel’s current dominance in the server space at 98% market share.

The trend toward software-defined infrastructure in the storage and networking markets opens the door for commodity datacenter hardware technology to be married with specialized software stacks to improve efficiencies and lower costs. The market shift to software-defined means that hardware requirements between storage, servers, and networking are converging in some areas which could allow infrastructure hardware providers to expand their reach to service tangential markets and to go after other slices of the datacenter pie. AppliedMicro (Applied Micro Circuits Corporation), the current time-to-market leader amongst the ARM Holdings server pack, made a recent announcement at Mobile World Congress with embedded system provider Kontron to develop a platform designed for the Network Function Virtualization (NFV) space. This move by AppliedMicro is a great proof point that demonstrates the potential for the ARM server community to think beyond just servers and to target other markets within the datacenter.

NFV offers many benefits to mobile networks by moving from purpose-built monolithic network appliances to software-based network functions using commodity cloud-based hardware with centralized control. Carriers can experience greater efficiency with NFV by taking many of the primary network functions out of the hardware and putting them into easily manipulated software for fast service updates and changes. NFV encompasses the set of functions—like load balancing, firewalls, intrusion detection, or WAN acceleration—that live along the border of the network and help the carrier maintain their service and connection to the customer. This critical tier of network infrastructure makes NFV is a huge part of the telco carriers plans to attack 4.5G (Advanced LTE Pro), 5G, and Industrial IoT by providing them with a flexible, low-cost approach to infrastructure deployment. The flexibility that carriers can get with NFV allows them to customize their Quality of Service (QoS) and security offerings in a way that is profitable and efficient for the business. 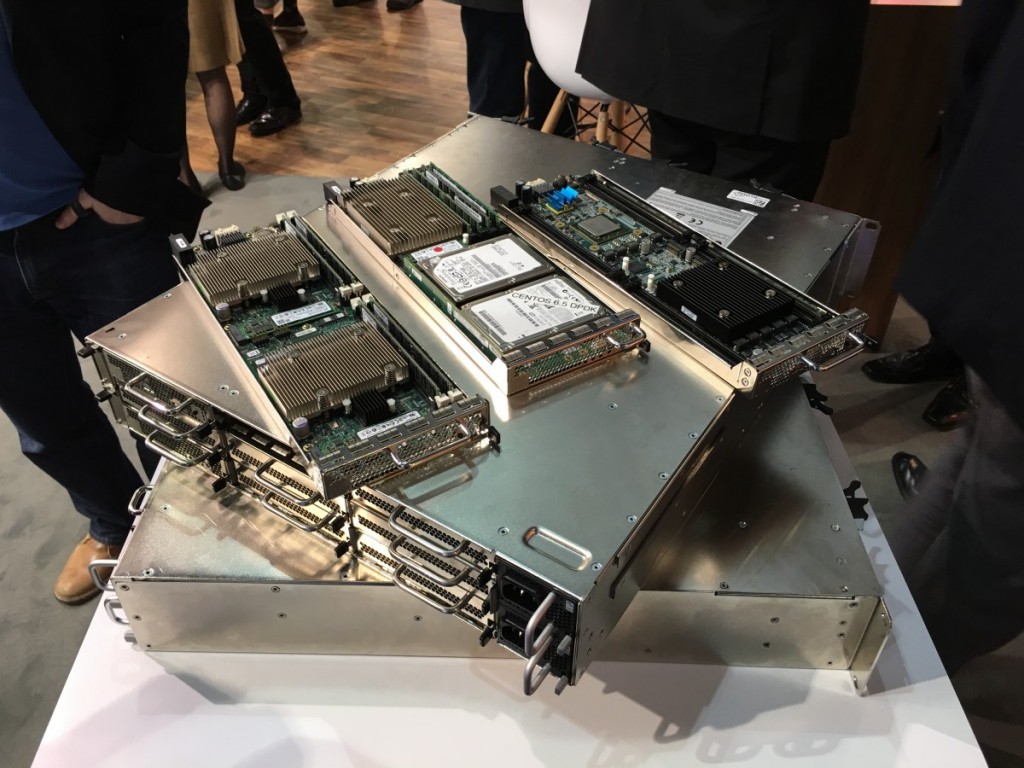 While NFV has been primarily driven by the carriers, enterprises also can benefit from the market shift to NFV. Historically, some of the challenges enterprise IT has faced when trying to roll out new services quickly were based on their carriers’ limitations to deliver the required networking capability to support these services.  By virtualizing networking functions through NFV, a carrier can deliver networking faster, make changes quickly, and drive better overall service levels for enterprise IT. Additionally, because these new virtualized functions are software-based and tend to rely on open standards, it is easier for enterprise IT to plug into the carrier’s development frameworks and provide value-added services on top of the carriers’ service offerings.

Many new players are joining traditional network vendors to pave the way forward for NFV, offering new solutions to carriers and enterprise IT organizations looking to take the first steps forward. Because NFV is a greenfield opportunity without an established set of standards and incumbent players, this market is a great entry point for an up and coming architecture like 64-bit ARM datacenter-class SoCs. As I stated above, AppliedMicro announced at Mobile World Congress that the company is collaborating with German embedded systems vendor Kontron to develop the Symkloud 10GbE modular server targeted at the NFV space. I saw a fully-functional Symkloud server in Kontron’s booth at MWC last week, and was impressed with the system’s robustness and density. I think this platform is a great first step for AppliedMicro to go after the NFV space. Also, I believe AppliedMicro’s rich history in networking with their traditional OEM business makes them well-suited to understand and address the changing needs of telco and service provider customers. 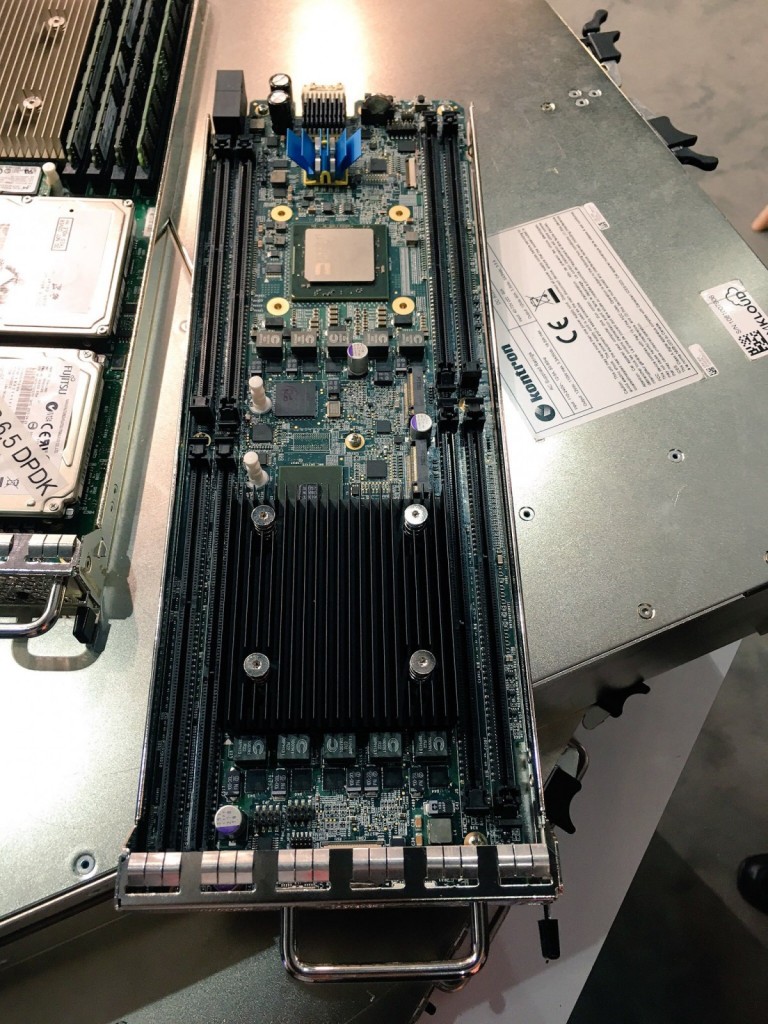 APM has always mentioned the 3 market segments of Compute/Networking, Storage and HPC. SDN/NFV areas are further proof points into the networking market segment and the opportunity for X-Gene. Like SDN/NFV, software defined storage opens the door for commodity hardware to lower the cost and improve efficiencies over traditional monolithic storage platforms. Vendors looking to bring software-defined storage platforms to market require efficient, low cost hardware technology to marry with their differentiated software stacks. At the ARM Holdings Techcon event last fall, EMC acknowledged using X-Gene in their storage arrays and Hewlett-Packard Enterprise claimed to be evaluating X-Gene SoCs for use in enterprise storage systems.

I believe that using X-Gene to target tangential markets like storage and networking is a smart move by Applied Micro and could help accelerate time-to-revenue with X-Gene. NFV and software defined storage are new markets that provide a significant opportunity for alternative technology approaches to be successful which makes them a good opportunity for up and coming architectures like 64-bit ARM SoCs. Revenue diversification on a large investment like X-Gene is important to ensure this big bet pays off. If AppliedMicro is successful with gaining traction for X-Gene in networking and storage and at the same time generates some meaningful server production deployments, the company can build a near-term revenue stream to keep their R&D pipeline funded in order to continue to differentiate over the long-term.