I attended Apple’s announcement today in San Francisco at the Yerba Buena Center for the Arts where they rolled out more detailed information about Apple Watch, among other things. Wearables haven’t had any degree of mass adoption so far yet they are packed onto store shelves and were one of the buzz factors at last week’s MWC. Only a few million fitness wearables have been sold, and a small market of tech enthusiasts has adopted “horizontal” wearables like Samsung Gear and Google Glass. It’s easy to understand why it’s been a slow sales ride as it’s been tale of over-selling and under-delivering. So with what Apple announced today, are we any closer to mass adoption?

I chronicled the missteps of the current crop of wearables in May. I said, “It will take vast improvements in social acceptability, utility, battery life [and charging], displays, price and style to make these horizontal wearables as pervasive as phones.” In September, I wrote about how the Apple Smart Watch removed many of the objections for a “horizontal” watch. By “horizontal”, I mean intended to do many things well. This is opposed to a “vertical” watch, intended to do a small amount of things well. I put fitness wearables Intel’s Basis Peak into the “vertical” category and wearables like Samsung Gear into “horizontal”.

In Apple’s event today, they answered a few of the unanswered questions that start to put the entire piece of the puzzle together.

Availability, pricing and try before you buy

Apple Watch will be available for pre-order on April 10 and will be available April 24. I like the timing as it will hit the U.S. “Dads and Grads” season and give them ample time to fine-tune the offering, better understand the sales mix and get retail fully ready for it. To help allay consumer concerns over making such a big purchase on a new category, Apple will be providing full, in-store demos so can try before you buy. Nearly every watch choice will be available, too. 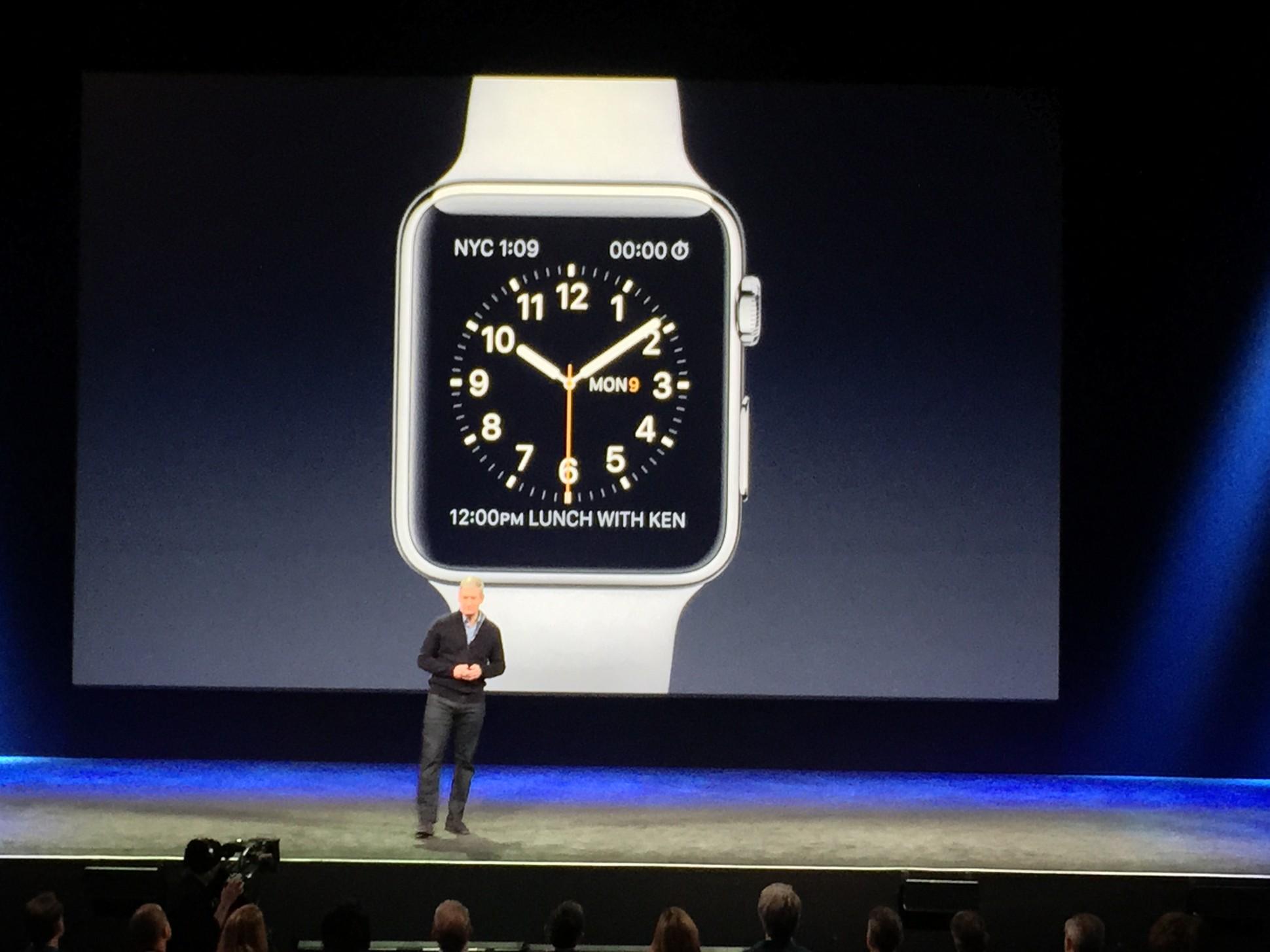 Are these prices competitive? It all depend how you look at it. Apple generally can garner significantly higher prices for its phones, tablets and PCs, so it would make sense with watches, right? The thinking on watches needs to be a bit different, but if Apple can show that it provides superior style and experience, I think people will buy these watches at these prices. Higher-end sport watches today can cost between $250 and $599, so Apple is certainly in that range. The mid-range Watch is priced to create a brand new category in smartwatches or pull someone in who was buying a Tag Heuer into the smartwatch category. Edition is where there is the greatest unknown. Certainly rich technologists will buy it, but will people with an affinity for high-end watch brands buy it? It depends on how they value the lasting nature of the design and their plan to “pass it down” as an heirloom or keep it for an extended period of time. Given the expense of the gold and the bands, I’m wondering if Apple will consider a trade-in program on Edition. It would certainly remove an objection

At the Apple Watch event in September, they had athletes on treadmills showing off Apple Sport, but wouldn’t confirm episodic or continuous heart rate. Today, Apple did confirm that it’s continuous and can work with sweat and movement. From my experience, only one other watch can do this accurately, and that’s the Basis Peak. This is very hard to do and requires large sensors, good algorithms and a tight, yet comfortable fit.

Apple also added exercise profiles and regimens. These are: run, walk, cycle, added elliptical, rower, and stair stepper. This is a really good start and I would like to see added swimming, equestrian, and stand-up paddling. I know, I’m asking a lot.

Battery life is one of the most debated metrics in all of smartwatches. If you can remember, it was also very hotly debated in e-readers and smartphones. Apple announced the Apple Watch will have a battery of 18 hours. Is this enough? Well, it depends how you look at it. Consumers have no problem charging items nightly that are important to them. Feature phones last a week but we choose smartphones even though we have to charge them nightly. We choose to read a book on a tablet instead of an e-reader that lasts a whole week. Why, because we are willing to make the trade-off and I believe most Apple Watch buyers and users will be willing, too.

The big question was….did Apple show enough so that we believe Apple Watch will be a winner? I say yes and you have to put it into perspective of what they already announced in September. Click here to read the objections I think Apple removed from buying a smartwatch.

Today, Apple filled in important, missing pieces on battery life, fitness capabilities, pricing, availability, and an overall app experience in the every-day life of a consumer. The only missing piece for me is how well it operates in direct sunlight.

Overall, I believe Apple has provided compelling value propositions and answered enough questions where I am convinced they will sell millions if not tens of millions this year. From an industry perspective, this should then give the rest of the industry a target to aim at in a similar way the smartphone players borrowed inspiration from Apple.