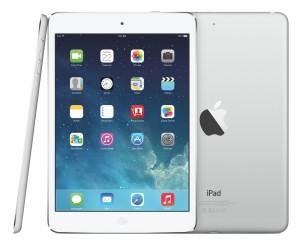 difficult for any company to do is to maintain dominance in a certain market, too. Could the Apple iPad Air dominate the 10″ consumer market? You see, “dominance” really depends on the variable you are measuring. Some people look at unit share, some look to revenue, some look to experience. After using the Apple iPad Air for almost a month, I can confidently say that it provides the best experience of any 10″ consumer tablet on the market today and I wanted to share a little bit of my experiences.

Before I tell you about my experiences, I wanted to share a bit about my current primary devices as it adds context. I say “current” as I change my devices routinely as an analyst. By “primary” I mean the devices I spend the most time on. My primary tablet is the Google Nexus 7 (2013), primary phones the HTC One and Moto X based on Google Android, and my primary PC I split between a Lenovo Yoga and a white-box Intel Haswell-based monster tower with an Nvidia GeForce GTX 680 card. Don’t confuse me with what some refer to as an Apple, Google, orMicrosoft ”fanboy”. As an analyst, I use a lot of products from every ecosystem as I believe it’s an important element to my role as industry analyst.

Overall, the Apple iPad Air provides by far the highest quality experience of any 10” consumer tablet on the market today. It provides incredible responsiveness in nearly every facet of usage, whether it’s general UI, transitions, opening apps, and using most apps. The camera is second to none, and the only close competitor to this is Nokia. There are some early growing pains as evident in the new 64-bit OS and apps, which I expected having personally helped lead the Windows PC 64-bit transition.

Net-net, the Apple iPad Air is still king of the 10” tablets by a wide margin, and consumers pay for that level of superior experience. Let me share some specific things I really like and some things I’d like to see changed.

There were some things I’d like to see in future iOS drops or Apple iPad products.