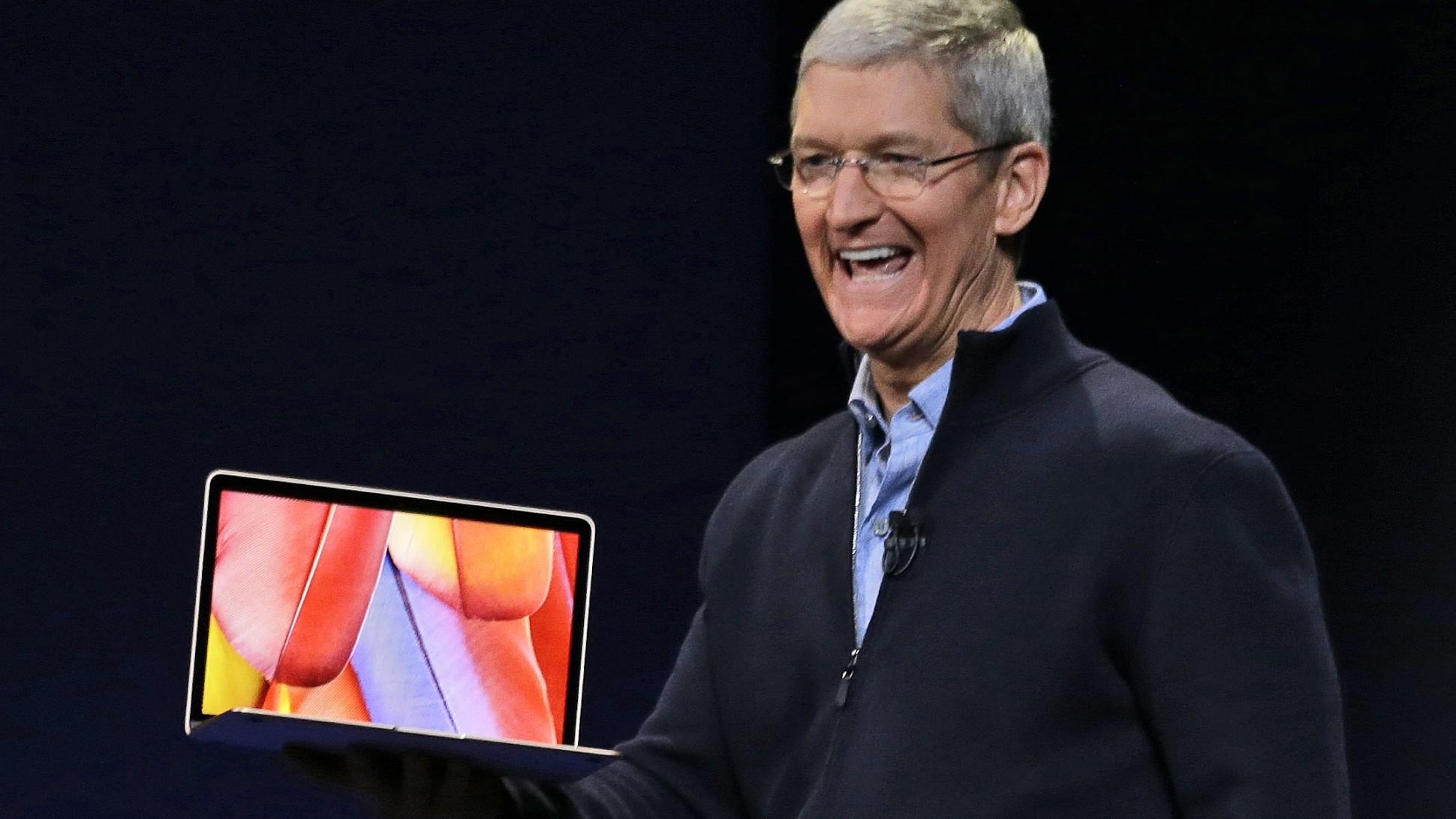 I attended Apple’s announcement today in San Francisco at the Yerba Buena Center for the Arts where Apple announced a new, grounds-up, MacBook line of notebooks, representing where Apple is driving the future of notebooks.  Branded simply “MacBook”, the future is 24% thinner, 16% lighter, fanless, with Retina Display and with a single cable to provide power and all cabled I/O. Most significantly, Apple has created a new, three dimensional touchpad that adds depth and haptic feedback to the experience. Apple has once again reset the bar for a premium notebook. A little background first.

Apple is launching the new MacBook into a friendlier PC market than two years ago when the PC market was in the doldrums.  Global market growth for the top 5 PC makers (Lenovo, Hewlett-Packard, Dell, Acer, Apple) was impressive in Q4, but Apple grew the most globally, at nearly 19% between Q3/13 and Q4/14. This resulted in a fifth place share rank globally and third place in the U.S. Considering the global PC market shrunk around 2% in the same period and Apple’s high ASP (average selling price), they need to feel pretty good about themselves. Apple knows they can’t stand still now as both Dell and now Hewlett-Packard have released some very high quality hardware in the XPS 13 and x360. And while Microsoft’sWindows 10 isn’t yet looking yet like a home run, Microsoft is making huge improvements over Windows 8 and it’s a much better product. Apple needed to reset the notebook bar, again. 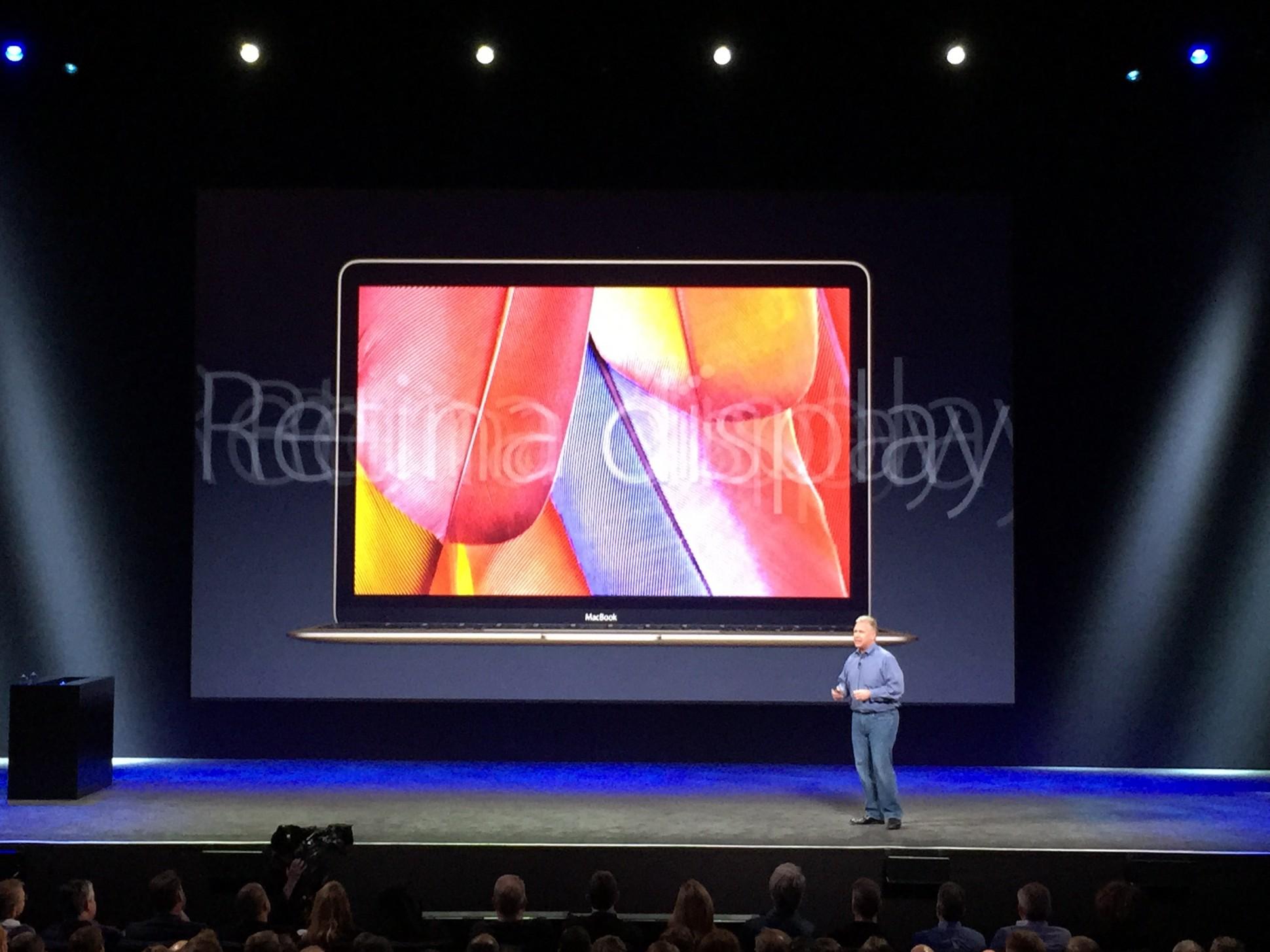 Honey I shrunk the notebook

So how does Apple start by redefining the notebook? They start off by making it thinner and even lighter than the MacBook Air (MBA). Compared to the 11.6” MBA, the new MacBook is 24% thinner at 13.1mm at its thickest point and 16% lighter. When you consider just how thin the MBA was at 17mm, this is pretty incredible. Many changes went into the complete redesign to make it thinner and lighter:

The future is lower-power Retina Displays

You could get Retina displays on the MacBook Pro, but not the MacBook Air. Retina Displays drew more power than standard resolution displays and would have decreased the MBA’s battery life too much, or at least outside the “magic” 9 hour wireless web battery life metric. On the new MacBook, Apple went with a new, 12” display in a 16:10 format delivering 2,304×1440 resolution. The panel is only .88m thin and uses 30% less power at the same brightness. Yes, sometimes you can have your cake and eat it, too, and it tastes good.

The future is wireless and has a lot less cables

I didn’t hold back my enthusiasm when Intel declared its future SkyLake platform as wireless. This is certainly where the future is headed and it will take time to get there. Right now, the new MacBook line gets us to the precipice of completely wireless. The new MacBooks will ship with a single USB-C port that can serve up cabled power, video, external storage, and external expansion docks to pretty much any wired I/O need like gigabit networking, legacy video, and legacy USB devices. The USB-C port and connector is reversible and small, making it as dummy-proof as Lightning, which is a really great thing.

The future has a 3D trackpad with haptic feedback

I haven’t been shy about my thoughts on the need for continued innovation in PCs and their trackpads. Some in the PC world, to save literally 50 cents, will have their ODMs design and manufacture their touchpads and keyboards, the primary PC input mechanism. I get that it’s hard to make a buck, but it’s a tradeoff that impacts usability every second the user is inputting something. I believe Windows 8 would have faired better had it focused on a large, quality trackpad first before trudging into the touch screen world.

Apple has always had a good reputation for trackpads and with the new MacBook, they’re taking it again to the next level by:

Apple redefined the notebook market in 2008 with the launch of the first MacBook Air. There had been thin and light notebooks before that from brands like Sony, but none of them were as thin or had the striking design Apple had. Apple slowly gobbled up the premium notebook space with the help of the MacBook Air and MacBook Pro, and maintains the premium share dominance today. Over the past few years, Dell with XPS and this month, Hewlett-Packard with the x360, both have ramped up their premium hardware game significantly.

Now enter the new “MacBook” with the classic brand name that Apple hopes will erase those gains in hardware capability by both Dell and HP. Apple has again raised the stakes again by inventing the thinnest and lightest metal-chassis notebook plus they added a Retina Display, single cable I/O and a very compelling three-dimensional trackpad.

Who said PC innovation was dead?