After Apple’s announcement of their newest notebook, plainly dubbed “MacBook”, many PC makers are going to look to a company to give them similar features. However, the irony in this situation is that force sensitive touchpads have actually been available to PC OEMs for quite some time now and most of them have mostly failed to make use of this technology in their notebooks. Unfortunately, there hasn’t been broad OEM interest for force-based touchpads until Apple announced it recently with their new MacBook. The technology is already there and quite mature for PC manufacturers to integrate into their notebooks to help them differentiate and further reduce the thickness of their designs.

Apple’s new Force Touch touchpad on the new 12” MacBook utilizes the company’s own Taptic technology first mentioned in the Apple Watch, which combines haptic feedback with touch sensing to create the illusion of a physical click. The 13” MacBook Pro, according to iFixit’s own teardown of the with this touchpad, uses a Broadcom BCM5976 touch screen controller (the same as the iPhone 5S and iPad Air) and a STMicro 32F103 ARM Cortex-M microcontroller. Upon further analysis of the touchpad’s design, which stands approximately 7mm thick, it appears as though Apple is measuring the force applied to the touchpad using four corner points of the touchpad. This is similar to how Synaptics’ first generation of ForcePads calculated the force applied to the touchpad. Synaptics has moved to a second generation, moving away from that methodology. The ForceTouch touchpad with haptic feedback from Apple will also be in the new 12” MacBook that Apple also announced at their Apple Watch that I attended this month where I was able to try this technology out for myself. It worked well, very well. 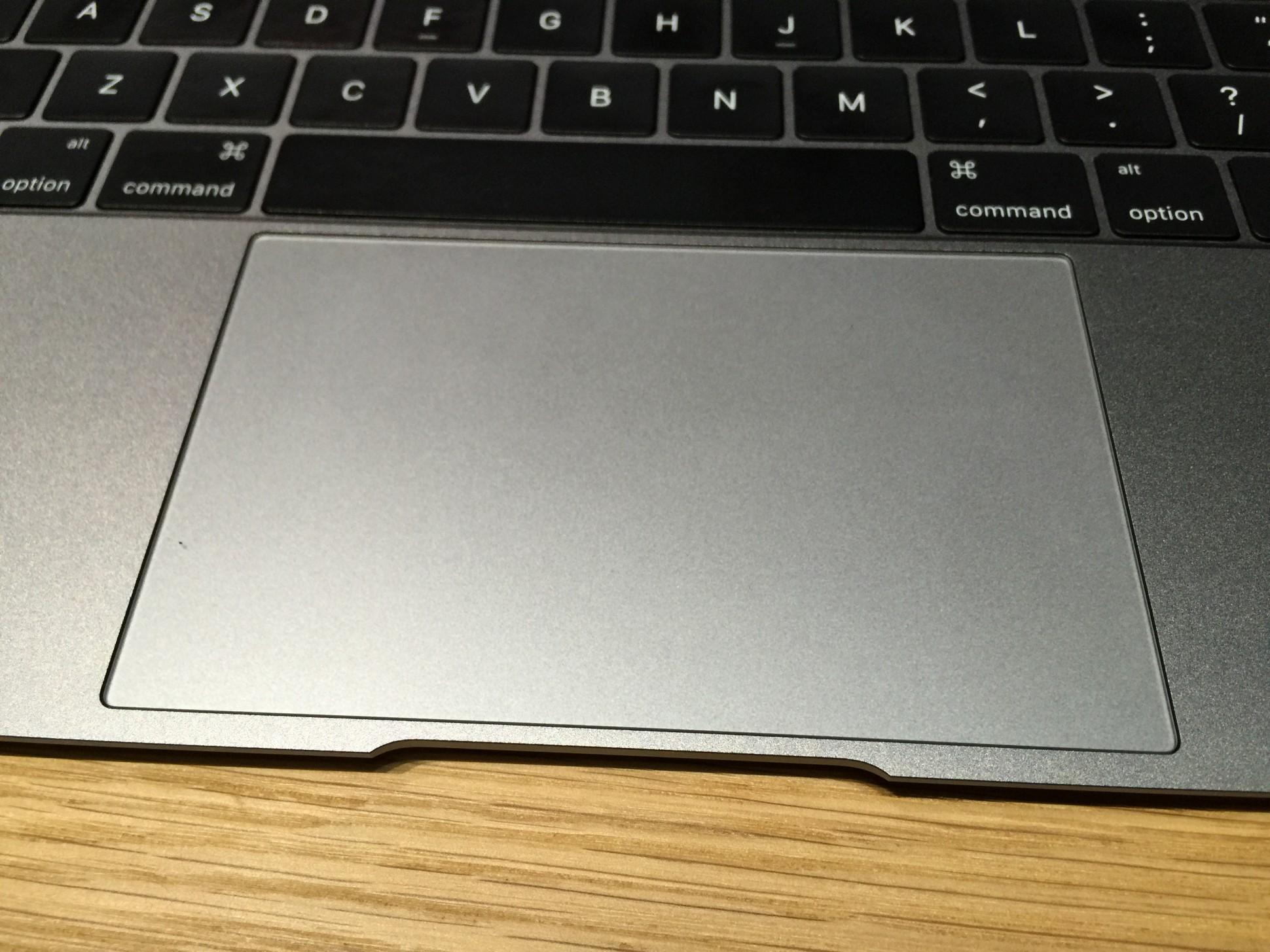 As I had already talked about back in February, Synaptics is already on the way to delivering their second generation of ForcePads to OEMs and enabling far better user experiences with their second generation technology. This new technology adds direct sensing technology, is far more precise and also 35% thinner. The technology in the ForcePad can actually be as thin as 1mm if it has support from the chassis. The new ForcePad also allows for much larger touchpad sizes and a variety of materials other than glass. The ForcePad in its second generation allows for far more creative design of the touchpad and some of the thinnest notebook designs ever, which can also be used with mice, keyboards among other devices. It also supports haptic feedback, which means PC OEMs can actually deploy touchpads better than what Apple has without having to be an Apple product. I have not used the ForcePad with haptic feedback yet, so I cannot compare that to Apple’s ForceTouch.

With the new MacBook, Apple has once again put 3D trackpad technology into the spotlight. Hewlett-Packard was the leader in adopting this technology and has been adopting Synaptics’ ForcePad technology in multiple notebook designs of their own. One great example is the HP Elitebook Folio 1020 and 1040, which has had Synaptics’ first generation force touch technology available since 2013. However, their solution does not use haptic feedback, but rather uses audible sounds as a form of ‘click’ feedback. I have used both solutions and I find that the physical, haptic feedback is a better user experience than a simple audible click. So, in that sense Apple leading the experience because haptic feedback on force enabled touchpads wasn’t possible until Synaptics’ latest generation was announced last month and Apple’s Force Touch was shown at the Apple event. 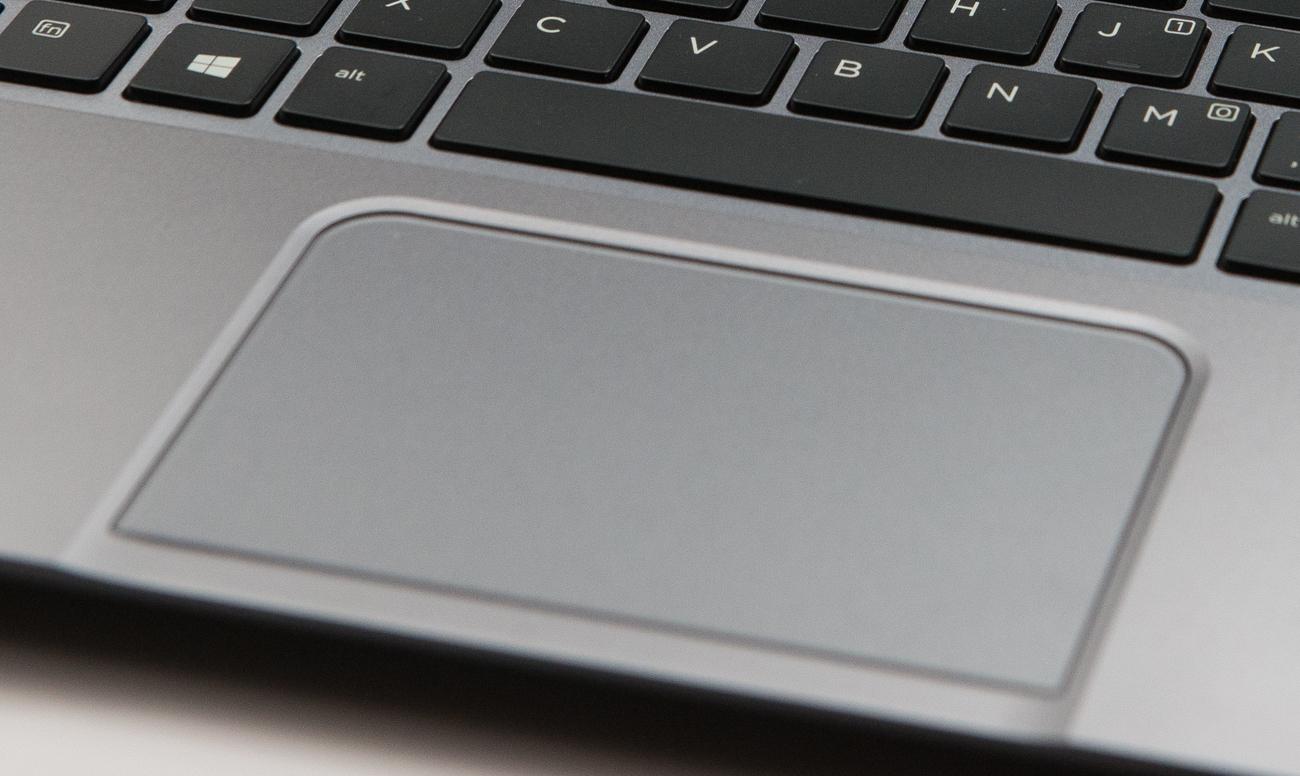 The unfortunate thing for Windows PCs and ForcePad is that Microsoft didn’t fully support the new  gestures to make most apps support that third dimension. A lost opportunity for the Windows camp that could have had the lead.

The rest of the Windows notebook industry will likely be forced to follow Apple and Hewlett-Packard’s lead and start to adopt force touchpads. Also, they will very likely use physical haptic feedback as well, at least on high-end and mid-range designs as it delivers a superior experience. Many Windows notebook OEMs will be seen as copying Apple’s Force Touch touchpad design, but the reality is that Apple isn’t quite the first to market with this technology even though they may have perfected it first.

It remains to be seen how deeply force enabled touch technology will penetrate into the PC ecosystem, but Apple’s embrace of it across all of their notebook products should drive many PC OEMs to re-evaluate their touchpad decisions and give ForcePad a strong second look. Apple is pushing the envelope on the touchpad once again and Synaptics’ looks like the beneficiary of that technology shift because they are already ahead of it. Microsoft needs to step up to the plate, too and fully embrace that third dimension.