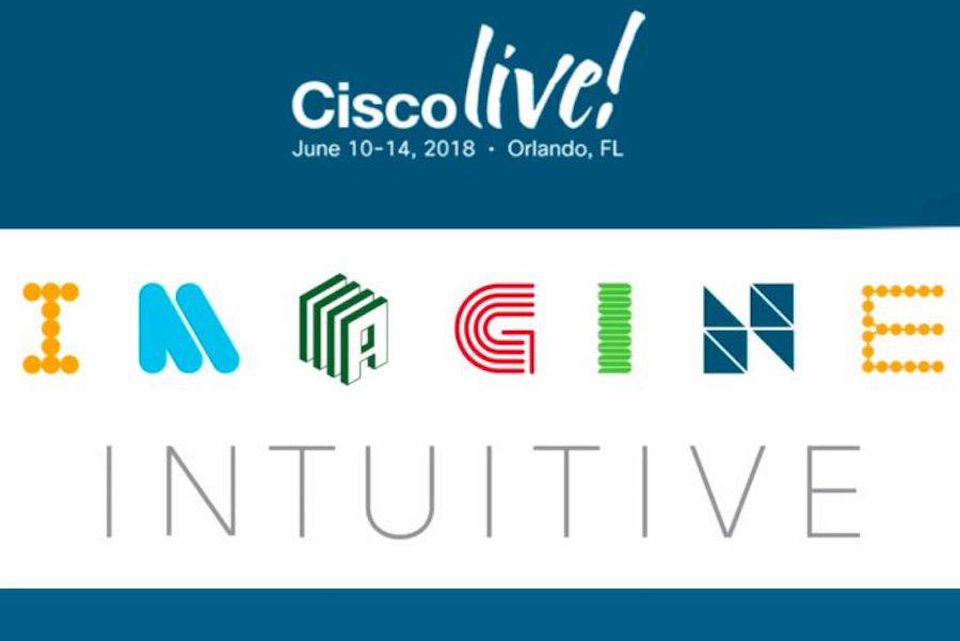 For the less technical, it might be helpful to define these acronyms. API (Application Program Interface) refers to a set of tools, definitions, and rules or protocols for building a software application. Think of it as a set of basic building blocks, Legos if you will, that make the software development process open and easy. CLI (Command-Line Interface) on the other hand is a historical method of interacting with a computer program. As it relates to networking, CLI is a very manual approach to legacy network management that involves deploying and managing devices on an individual line-by-line basis. As one might imagine, that just doesn’t cut it with the modern-day massive scale requirements, and the explosion of devices and users on computer networks.

With that out of the way, this week I attended Cisco Live! 2018 in Orlando, Florida with my firm’s principal analyst Patrick Moorhead, and had the opportunity to meet with top company executives (read Patrick’s event coverage here). The theme of the event was “Imagine Intuitive” and the opening sequence before CEO Chuck Robbins keynote on Monday felt like something out of a “Transformers” movie—deafening bass and a beautiful light show that I still can’t quite translate into words. I wanted to share my impressions and insights following the intensive two days of keynotes, breakout meetings, demos, and executive one-on-ones.

Cisco DNA Center as a Platform is “open” for business

DNA Center as a Platform is the centralized network control and management tool for the company’s intent-based networking solution for campus, branch and edge network deployments. I’ve spent considerable time with the team and appreciated the opportunity to meet with the executives, product managers, and engineers that are responsible for many of Cisco Systems’ offerings. What’s markedly different about this announcement for DNA Center as a Platform is Cisco’s willingness to open those APIs into DNA Center. This will allow developers and partners to help transform a historically disparate network of devices into a single, programmable system.

Cisco claims that by providing a rich API catalog and set of SDKs (Software Development Kit), developers can more easily create new applications and integrate multi-vendor devices, and network IT administrators can automate mundane, non-value-added activities, freeing up more time for more business transformative opportunities. Cisco announced 15 partners that are aligned to the integration—among them were ServiceNow, for automated IT service management, and Tableau, for data visualization, business intelligence, and reporting. From my perspective, this marks a sea change for Cisco. By opening APIs and providing SDKs, the company is committed to a providing current customers and prospects flexibility and an open source approach for network deployment and ongoing management. Availability of DNA Center as a Platform is expected this summer.

DevNet, we have liftoff!

DevNet is the 60-person team behind Cisco’s four-year-old developer community. I’ve had the opportunity to spend time with leader Susie Wee and her management team. I’ve written in the past about DevNet, and if you’re interested in learning more you can find that article here. At Cisco Live! 2018, Susie and team spoke to the growing momentum of its developer community, as well as some key program enhancements. DevNet boasted that it has reached the 500,000-developer mark as of this week—quite impressive if you consider the potential for application development innovation. And that’s not just relegated to mobility—the team is also incubating IoT, cloud-native, data center, collaboration and security solutions.

From a resource perspective, DevNet announced three key offerings. DevNet Ecosystem Exchange makes it easier for developers to both find and share applications and solutions built for Cisco platforms. The online portal contains over 1,300 solutions at present. DevNet Code Exchange provides developers a place to access and share software quickly and easily to build applications and generate workflow integrations. Lastly, DevNet DNA Development Center is an aggregated set of resources to enable further integrations and build applications for the newly announced DNA Center Platform. All these tools are immediately available, and based on the throngs of developers I witnessed in the DevNet Zone at Cisco Live! 2018, they are off to a fast start!

DNA Center as a Platform, the DevNet developer momentum, and the enhanced toolsets all point to Cisco’s true embrace of an open, multi-vendor, programmable networking architecture. Cisco will continue to sell its hardware but given Chuck Robbins’ all-in bet on intent-based networking, software will take center stage going forward. A proof point here was the Children’s Hospital of Los Angeles’s testimonial on stage at Cisco Live! 2018. The hospital deployed Catalyst 9000 switches, wireless access points, and DNA Center to achieve an intent-based networking topology for wired and wireless connectivity, and lightning-fast responsiveness to support patient services through a single pane of glass.

A few other insights I gleaned from the event centered around Cisco’s silicon leadership and “deep” data lake. The Catalyst 9000 has been touted as the most successful switch launch in company history. From my perspective, that’s due in large part to the programmability of the silicon and the resulting customer investment protection with software upgradeability. From a data insights perspective, Cisco has deployed over 50 million networks over the past 20 years. That’s a staggering statistic when one contemplates the depth of data and the corresponding richness of Cisco’s analytics. Many networking companies today speak of artificial intelligence, machine learning, and analytics, but there aren’t many other companies that can reach the same bar (except maybe HPE, HPE Aruba, and a few others).

Since Cisco’s sales motion is heavily weighted towards the channel, DevNet also has an opportunity to serve as a partner enablement engine. Beyond building a rich developer ecosystem, I envision the DevNet team helping system integrators, ISVs, and value-adding resellers add new software-defined capabilities to their “bag of tricks” to reap incremental service revenue. Doing so could create stickiness and loyalty in the channel and keep Cisco top of mind among other networking solutions.