For a run of at least 30 years, the “classic” consumer electronics industry successfully transitioned from one technology 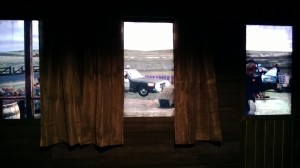 to another.  TVs are a good example.  TVs went from big color tubes to rear projection to flat panels and HD projection to HD panels.  We can’t forget laser disc to Beta to VHS to DVD either.  Consumers ate it up, too, and were pleased to roll the old iron out of the living room into another room and roll the new gear in.

Then things changed with 3D TVs, which were an unmitigated disaster for the industry.  I call it a disaster because for the most part, consumers were not willing to pay more for 3D and in some cases flat out didn’t want it.  HDTV margins collapsed and are still in a funk for many CE markets.  4K TV and Smart TV is NOT the solution either as research I have seen indicates general consumers won’t pay a premium.  There are a few things going on here.  First, already-installed generic 1080P flat panels at 10” will be a very good solution for many years to come.  No one quite knows how long the installed base of displays will last, but it could be 10 years.

Smart TV’s, while valued more than 3D by consumers, isn’t valued at a lot either.  Consumers are getting conditioned, too, to know you can add “smarts” for as low as $50 with the external add-on of a Roku, Apple TV, or DVD player.  So what is the answer to revitalize the “classic” CE industry?  You really need to understand the problem, and the problem is lack of immersiveness and too many constraints.

Certainly,  3D HDTV was more immersive than HDTV, but not enough so for us to spend hundreds more to replace our current 1080P TVs.  Also, 3DTV had too many constraints, or what I like to call “if-thens”. Everyone in the room had to wear 3D glasses to enjoy the content and without it, the content is a blur.  3D glasses aren’t cheap, either, as active glasses were $50-$100 a pair.  Then there is the hassle of charging and making sure every one of them is ready for the big movie. Then there is the nausea some people feel when watching 3D videos.  There are 2.6M results from a Google search result from “3D” and “nausea.”  Passive 3D like LG showed at this and last year’s CES will significantly lower the glasses cost and a few manufacturers showed prototypes of glasses-less 3D TVs, but are many years off and are not very high quality.  3D may not the answer, but what is?

Consumers are looking for immersiveness without constraints which is affordable.  One example of this is a concept AMD showed off at CES.  AMD showed off its “SurRoundhouse” proof of concept which is quite expensive and complex now, but takes the industry in the correct, general direction.  The SurRound house is a “theater” room with 10, 55” HDTVs looking like windows in a house, 32 speakers, and four subwoofers.  The ten LG 1080P HDTVs displayed more than 600 Mp per second at 10,800 x 1,920 resolution, which is 3X the resolution of 4K (UltraHD), albeit spread around the room.  Driving the video and audio was one PC with an AMD FX 8150 8-core Black Edition processor with three FirePro 8000 graphics cards with Digital Multipoint Audio which was amplified by eight AV receivers.

AMD plays what looks like a hostage rescue scene from a video game and shifts audio from stereo to 32 speakers to show the value of high quality, multi-channel, positional audio. Each shift of the audio takes your eye to different windows of the house and as helicopters are flying, crashing, and as multiple machine gun melees erupt, you really feel like you are in a different and very real place.  The content was entirely custom and to it takes work to get games and movies to take advantage of a setup like this.   This is a different class of entertainment, one that could actually motivate to invest, maybe over-invest in new CE gear.

Here is a smartphone video I took of AMD’s SurRoundhouse.  Of course you don’t get the same experience as as the real thing, but you can get somewhat of a sense of the experience below.  Make sure you select 1080P and full screen:

AMD could have improved the experience even more by improving the quality of the graphics in the scenes.  They looked more cartoony than life-like.  AMD says that the goal of the demonstration was to show the experiential difference in the audio, but I’d still like to see max graphics to turn it into a reality show.

So how is a $35,000, 10 display, 8 receiver, 36 speaker setup requiring custom content “without constraints” and “affordable”?  It’s not right now, but if you look ahead to new technologies, the cost curve, and need for CE and entertainment businesses to create radically different experiences, it could very well become affordable and relatively simple.  Let me explain.

First challenge is content.  The entertainment industry has shown that it will make changes if it sees potential extinction or at least a major depression in business.  The film industry started shooting in 4K well before 1080P had mass adoption so the big question would be “if” they see the opportunity to shoot in multi-“frame” and multi-“angle” dimensions to be surround or at least convex.  The next challenge is cabling, but possibly already has a video solution with multi-channel, 60Ghz wireless display technology.  Lower frequency wireless speakers are already available, but the challenge would be to solve amplification at the current frequencies.  The great thing about wireless audio is that you wouldn’t need eight receivers to send the right audio to the right speaker.  Theoretically, you would only need one with a bunch of broadcast antennas.

AMD’s SurRoundhouse gives the industry a potential scenario for the entertainment or theater room of the future.  While it doesn’t pass the tests for mass industry adoption today in media rooms, it could, and is certainly more interesting than the same boring, flat experience.  Neither 4K or SmartTV is the solution to the woes of the traditional CE market and I hope they are looking at AMD’s glimpse of the future.