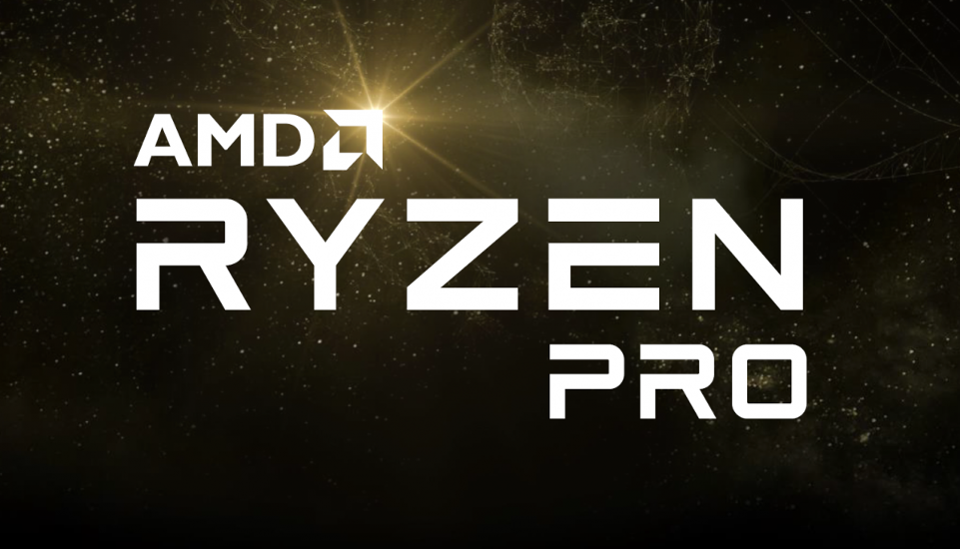 Advanced Micro Devices has been rolling out its latest products in what seems to be a nonstop cadence. The company started earlier this year with their consumer desktop Ryzen processors and followed with Epyc server processors, Ryzen Threadripper, Radeon Vega-based professional graphics and consumer graphics. One thing that was missing from AMD’s lineup of all these new desktop systems was their line of commercial processors specifically designed to meet large business needs. This new product line, based on Ryzen, is called “Ryzen Pro” and is designed to satisfy the differing needs of commercial users from consumer and server. And now we’re already starting to see OEM systems and customers using Ryzen Pro in their commercial systems. I got the chance to attend an event in New York City earlier this week with AMD, Dell, HP, Lenovo and System Integrators (SIs) and want to tell you what I learned.

The new Ryzen Pro line mimics the consumer naming scheme with the Ryzen 3 Pro, Ryzen 5 Pro and Ryzen 7 Pro product lines that represent different performance levels. AMD’s fastest Ryzen Pro processor is their Ryzen 7 Pro 1700 which has 8 cores and 16 threads and 20MB of cache like the consumer Ryzen 7 1700. This translates to similar performance to the Ryzen consumer part delivering competitive commercial workload performance including productivity applications like Microsoft Office and Photoshop. In certain heavily computational tasks, AMD showed themselves being faster than the competition from Intel from Core i3 to i7 in the double digits. AMD also was very transparent, showing where Intel outperformed them. Very classy.

All the performance in the universe can be great for any business, but without security, especially in today’s threat-rich landscape, all that performance is useless. Today’s commercial systems need to meet the strict security standards that are designed to prevent or mitigate the impact of breaches. To enable enterprise-grade security, AMD has built-in security capabilities like their Guard MI technology that utilizes machine intelligence to improve security. Their Ryzen Pro processors also natively support AES 128-bit memory encryption with their encryption engine and support for Windows 10 Professional Enterprise Security. AMD is also clarifying that all their security features and encryption capabilities from the AMD Secure Processor are available across all Ryzen Pro processors, not just the high-end ones. I will be doing some deeper dives into AMD’s Ryzen Pro security, but according to Dell, HP and Lenovo at the event, it is as good as any other chipmaker’s. I’ll admit, this gave me pause, and I need to do a lot of research on this.

In addition to launching the Ryzen Pro processors, AMD also showed off their three biggest partners at the Ryzen Pro launch. This is the first time AMD has ever done a launch of a new commercial processor with all three tier one commercial OEMs on stage together. Dell, HP, and Lenovo were all on stage during the Ryzen Pro launch to show off their own Ryzen Pro systems and how they differentiate from one another as well as how they harness the power of Ryzen Pro. Dell’s OptiPlex 5055, HP’s EliteDesk 705 G3 and Lenovo’s ThinkCentre M715 are the first systems to ship with AMD’s latest Ryzen Pro processors inside and show the strength of AMD’s Zen core architecture.

With Ryzen Pro being available in all three tier one OEMs with design wins from the get go, we can see that AMD is continuing to put pressure on Intel in a meaningful way. However, leading boutique builders like Maingear, BOXX and Velocity Micro are also embracing Ryzen Pro for more custom applications and designs. I saw many of the workstation SI’s supporting Ryzen ThreadRipper for use in their workstation lines. While the number of systems from each OEM is fairly limited at this point, it will be interesting to see how much more will be added down the road. The amount of systems and the volume they ship in will ultimately determine AMD’s success in this commercial PC segment.

Having good parts and OEMs onboard is important, especially when those three tier one OEMs represent 90% of the managed enterprise PCs. However, the end users are also crucial to have and AMD brought them on stage as well. Companies from consumer package goods (Heineken), healthcare (Kearney), Filmmaking (Jellyfish) to Automotive Engineering (Schneider Digital) all spoke highly of Ryzen Pro. For many of them, the key messages were performance, multitasking capabilities, and TCO. 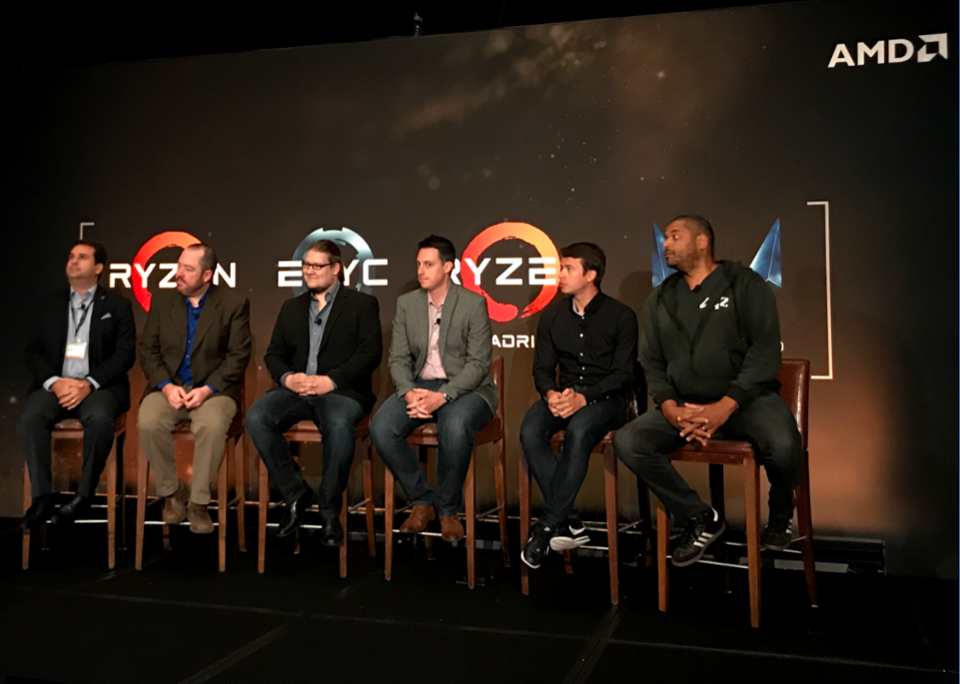 Positioning is critical to Ryzen Pro

The biggest thing I will be keeping my eyes on is how well the OEMs support AMD’s positioning. AMD and their consumer partners, so far,  have treated Ryzen well, keeping it high-end and premium. If the commercial OEMs relegate Ryzen Pro to the lower price points, they will negatively impact Ryzen’s premium brand and AMD will find itself back to where it was with previous premium brands like Athlon. Athlon started the most premium brand and ended up bargain basement. This task isn’t just up to the OEMs, it is up the AMD as well, who pulled back on marketing significantly over the last five years as AMD had to put all resources into products.

It appears AMD is continuing to replicate the success of their consumer Ryzen desktop processors with the introduction of the Ryzen Pro family of processors. With the performance, reliability, and security that Ryzen Pro offers, it seems logical that all three tier one OEMs are already onboard. Commercial customers have different needs and because of that, having a commercial line of Ryzen processors makes sense. Addressing those needs is what Ryzen Pro is all about and AMD is addressing those needs with the Ryzen Pro line of processors. Offering differentiated capabilities and more affordable performance also allows commercial customers to get more compute for their buck or to get more compute for the same money. This is a good start for AMD Rysen in the commercial markets and I believe that marketing will determine its degree of success.