When it comes to gamers, graphics driver are very important. For quite some time, users had a negative perception of Advanced Micro Devices (AMD) gaming graphics drivers, some of it earned some of it unwarranted. AMD’s drivers have improved in quality over time and have really improved with the latest Crimson generation of graphics drivers. This positively affects end user experience which I believe could improve demand for AMD’s hardware. These improvements have started to catch the attention of the press and end users. 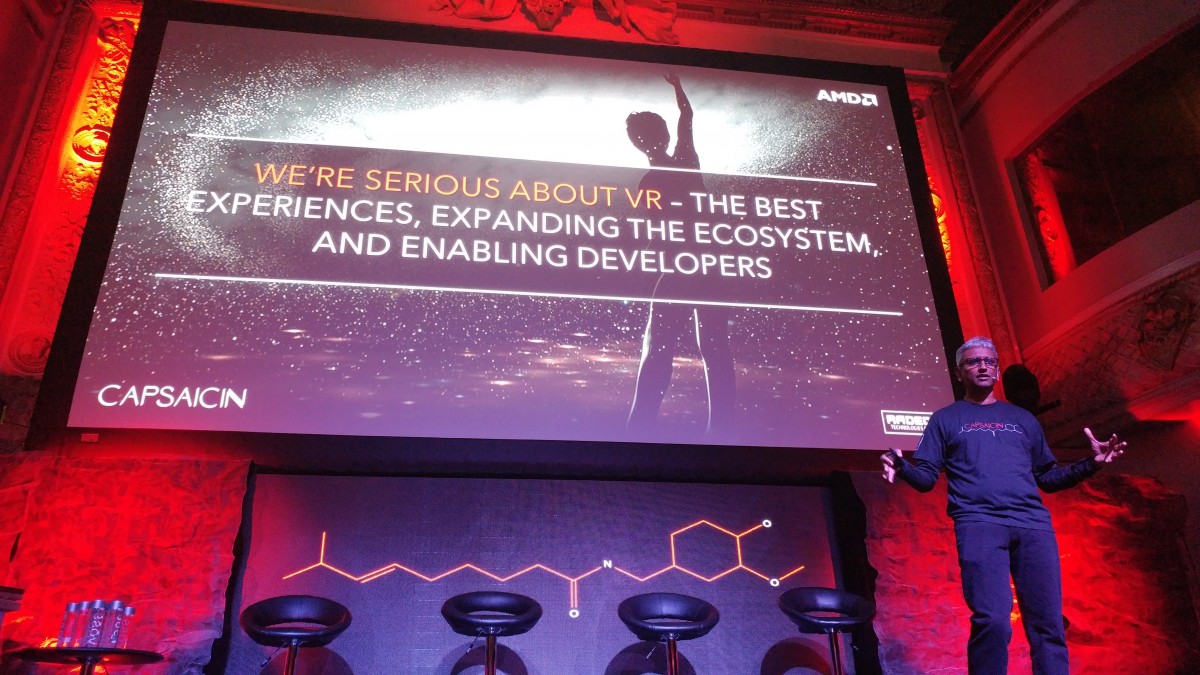 Graphics drivers are extremely important when it comes to the performance of almost any GPU, be it a smartphone, laptop or gaming PC. The quality of the drivers and the frequency at which they are updated makes all the difference for the overall user experience for someone buying something with a GPU inside. For graphics card companies like AMD, there is almost no more important a piece of software than graphics drivers. Graphics drivers for video games determine exactly how well the video game accesses the graphics card and makes the most of the GPU’s performance. Therefore, whomever has the best graphics drivers generally tends to have the best game performance and user experience and that means the world to gamers. Gamers want to have video games that just work when they install them and start them up, which ever company delivers the best experience and performance will always win the most customers.

Advanced Micro Devices historically had a pretty bad reputation for graphics drivers over the course of the past few years. I personally had some challenges when Windows 8 came out. AMD had some extremely fast graphics cards, but the experience wasn’t always the best, and sometimes unacceptable. Last year, under the helm of Raja Koduri, the new AMD Radeon Technologies Group (RTG) graphics unit of AMD committed to drastic improvements in the graphics drivers that they ship alongside their graphics cards. The biggest improvements have been visible in the creation of the new generation of graphics drivers dubbed “Crimson” with an entirely new interface and user experience. It took some time for these improvements to come, but the gradual improvements and day one support for features like the new VR head mounted displays (HMD) from Oculus and HTC show Crimson is the real deal.

One of the most important factors in a company’s graphics driver support is the frequency and consistency of the drivers the manufacturer is providing. AMD has done a very good job since the launch of Windows 10 in July (which they had a driver ready for on launch day) of accelerating their driver development, responsiveness to issues and finding and fixing bugs quickly. This is a huge change from the beginning of last year when AMD actually had no driver releases in January or February and only released their 15.3 beta driver, which meant no WHQL drivers (Windows certified). Compare that to the same quarter this year which had 7 new releases including three WHQL certified drivers. What’s even more impressive is that so far this year AMD has also released drivers that are optimized for new game releases on launch day. This year alone, AMD has already released performance and quality improvements for 10 games via their improved driver support for those specific games.

However, AMD is not just limited to easy to use and quick driver releases. Their Crimson graphics drivers also have lots of features and support for new APIs and hardware. For example, AMD’s Crimson drivers allow for support of the new APIs like Vulkan and DirectX 12 Quick Response Queue. They also support new products as mentioned before like the HTC Vive, Oculus Rift and Sulon Q which AMD showed off at their Capsaicin event which our VR analyst Anshel Sag attended in San Francisco during GDC. AMD also has added support for XConnect technology shown at CES and their new Radeon Pro Duo graphics card which was also announced at their Capsaicin event. Features like XConnect enable AMD’s graphics cards to be more flexible and used in modern applications like the Razer Core, which helps drive more graphics card sales and makes gaming more accessible. AMD also introduced new features into their drivers with the new Crimson drivers this year including Radeon Settings per-game display scaling, two display Eyefinity, an indicator for when AMD CrossFire is enabled and a power efficiency toggle.

Frequency and features are extremely important components of good graphics driver support, but there are also two extremely important factors that make a graphics driver good. Without performance or stability, a driver is effectively considered ‘buggy’ or ineffective and may reflect poorly on the GPU even if the GPU is a very high performance one. As a result, good performance and stability in graphics drivers ultimately reflect positively on the GPU’s brand. Lately, AMD has been drastically improving their graphics performance without really releasing any new graphics cards, just by introducing new drivers and software optimizations. Some of these optimizations make use of AMD’s asynchronous shader capability in their architecture and result in some major performance gains. Just compared to their own drivers, AMD’s latest drivers improve performance in many games by double digits or more. In Ashes of the Singularity, AMD’s newest driver compared to 15.11 saw a performance uplift of up to 12% while The Division saw an increase of up to 26%, Hitman saw an increase of up to 35% and Gears of War Ultimate Edition say and increase of up to 60%. All of these performances improvements are in addition to AMD claiming to have fixed over 100 bugs and end user reported issues.

It is quite clear that things have changed for the better at AMD in their RTG graphics business. Raja Koduri and his team have successfully changed the perception of AMD’s drivers and turned their graphics drivers from being a liability into an asset that they can carry with them as they start to introduced new graphics cards using their Polaris and Vega architectures. This graphics driver regime combined with new FinFET graphics cards from AMD could spell an entirely new era for AMD that may bring with it some significant revenue gains. In fact, since Polaris is very likely focused on the mainstream PC gamer, AMD could not have picked a better time for such a perception change since it will matter to them most with mainstream consumers who are most likely to drive volume, market share and profitability.