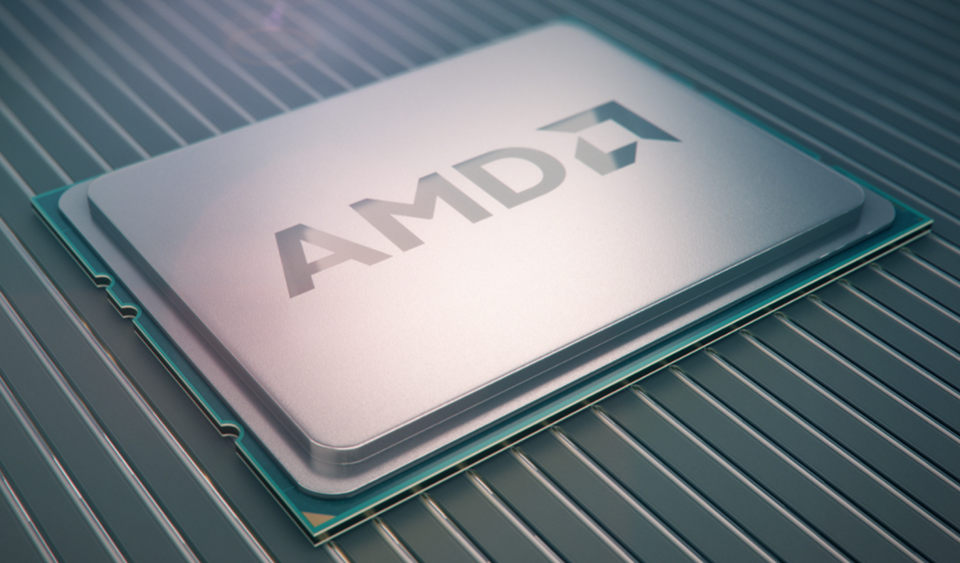 The server CPU business has never been any easy one for anyone, even for Advanced Micro Devices, who once held 25%-unit share. Many companies have tried and failed to penetrate the enterprise “wall of Intel” the last decade and I have seen one go out of business, one get bought, many cease their development efforts and a many who keep on developing.

Even when I worked at Advanced Micro Devices and the company hit peak server share, the server CPU business was always the hardest to win and even harder to keep. For AMD, it has been a rocky road the past few years for the server division server unit share currently hovers around 1%. Some of the decline was self-inflicted (Barcelona), some were strategic decisions (favoring client over server) and other factors were the competitiveness of Intel’s Core Architecture.

AMD held its official EPYC launch event yesterday in my hometown of Austin, TX, and by the looks of it, the ecosystem is rallying around AMD. Ecosystem support doesn’t mean guaranteed revenue, but I guarantee you can’t have revenue without a strong ecosystem. I wanted to share with you my observations on the launch and also the implications for AMD. Our datacenter analysts also wrote three, deeper dive papers on EPYC RAS features, SPEC CPU 2017, power/performance determinism.

Nuts and bolts and a few surprises

AMD’s EPYC processors leverage Infinity Fabric to enable high-performance highly-scalable links between dies and that’s very important as AMD’s die maxes out at 8 cores. Therefore, to go above 8 cores, AMD uses an MCM (multi-chip module) to connect all the cores together. So, for a 32-core EPYC processor, AMD would place four, 8 core dies on the MCM. To AMD’s credit, AMD’s Infinity Fabric scales well right now. In one of its bigger, stealthed moves, AMD also announced today that EPYC has silicon-level security that enables full memory encryption to protect against common attacks of data in memory. There have been some technical papers, but today was the big reveal. Keep your eye on this space as this will be very interesting to see how OEMs, ODMs, CSPs and enterprises use this. EPYC will use GlobalFoundries 14nm LPP which should provide some performance headroom over time. Lisa Su also pointed out that the next step for EPYC will be 7nm, clearly GlobalFoundries.

AMD EPYC processors are expected to range from around $400 to over $4,000 depending on the core count and frequency you select. This means that AMD is finally able to sell some high margin server chips, something they simply couldn’t do in the past five to ten years.

Most of the server world uses a two socket, 2P, platform, and they do this to access many of Intel’s higher-end features and performance. I believe AMD’s most differentiated EPYC platform is their single socket platform which comes in three flavors, 16, 24 and 32 cores, and with 8 channels of DDR4 2666 MHz and 128 PCIe lanes. This results in up to 2TB of memory per CPU, which means a lot of memory can be attached to a single CPU, inexpensively and compact. AMD showed themselves offering much better performance in 1-socket compared to Intel’s own 2P (two socket) offerings, which shows the best promise and I’m looking forward to independent, third-party benchmarks. AMD is stating that this new socket for EPYC processors will be compatible with the next generation of EPYC processors as well, a big commitment.

AMD has already lined up quite the tour de force of software and hardware partners including Microsoft, VMWare, Xilinx, Mellanox, Samsung and Redhat. This includes support for Windows Server 2016 and 2012 R2, Suse SLES 11 SP4 and SLES 12 SP2, Ubuntu 16.04 and 17.04 as well as Citrix XenServer 7.0 and 7.1. Other hypervisor and operating system support include VMWare vSphere, Xen and KVM. They also have dev tools support for Visual Studio, GCC, Java and LLVM. I’ll be keeping my eye out for compatible and certified HCI stacks and databases down the line as these weren’t discussed.

AMD’s OEM and ODM server partners that supported the EPYC launch included ASUS, Dell EMC, Hewlett Packard Enterprise, Inventec, H3C, Lenovo, Gigabyte, Supermicro, Sugon, Tyan and Wistron. This is pretty much everyone who does compute except Cisco Systems and Huawei Technologies who appear to be sitting on the sidelines.

Hewlett Packard Enterprise ’s EVP and GM Antonio Neri first joined AMD CEO Lisa Su on-stage and talked about how they have been working with AMD for three years on EPYC. He stated HPE will start with their Cloudline systems (CL3150) and expand into other product lines later this year. Neri and Su also showed an eye-popping 9M IOPS demo on a storage solution. I’m expecting a high-volume ProLiant at some point, so I don’t believe this is a limited rollout.

Dell EMC’s server president Ashley Gorakhpurwalla said on-stage in the announcement event that, “we’re welcoming the return of AMD to the datacenter”, and unveiled a 14G PowerEdge single socket server. It’s hard to gauge how big Dell EMC will go on EPYC as historically the company has been very conservative on alternative processors, opting for a “wait and see”, “if my customers ask for it” position.

Lenovo, while not on stage, went as far as to state in the press release that the company will be building both single and dual socket EPYC servers for multiple hyperscale customers that AMD and Lenovo have been working on jointly together. With Lenovo, it’s hard to tell how far they’ll go as they haven’t done much commercially with alternative processors. Ironically, IBM was the first mover on AMD’s Opteron when it was first introduced and as you probably remember, Lenovo purchased IBM’s x86 server business.

It’s very important to pay special attention to the wording companies use when talking about an alternative processor in the datacenter. In the past five, six years, I have heard many end users talk about many proof of concepts, “support for”, “research on”, “kicking the tires”, with very few, if any deployments.  To me, when someone on-stage commits to a deployment, it means volumes to me.

Well, the word “deployment” was used often in the EPYC launch event.

While not committing to “deployments”, other service providers and enterprises voiced support as well, including 1&1 Hosting, Bloomberg, Dropbox and LexisNexis. Bloomberg went as far as stating that they, “fully expect to realize the next level of performance and cost efficiency,” with the higher density and lower latency storage made possible by EPYC. They may not have used the word “deployment” but it’ll be hard to “realize” anything without deployments.

AMD has carefully rolled out bits and pieces of detail over the last few years about EPYC aka “Naples” to keep everyone guessing and get people excited. AMD has rounded up quite the collection of industry players from OEMS, ODMs, ISVs, OSVs and IHVs required to enable future, commercial success. It doesn’t guarantee success, but you can’t have success without it.

We know a lot about EPYC, but of course, don’t know everything. What we don’t know a lot about yet is AMD’s go-to-market details and this is where the competition is very strong. AMD shut down the server GTM years ago understandably as there wasn’t a market for AMD. We saw today the first elements of GTM as we saw OEMs and ODMs get on stage and provide support, but OEMs and ODMs never carry all the water, and won’t.

Competitively, EPYC appears compelling, particularly in single socket configurations and in certain, dual socket configurations running specific, heavily-threaded workloads. Floating point looks surprisingly good, too, and I wasn’t expecting that. Of note, all of AMD’s competitive comparisons yesterday were performed with Intel’s currently shipping product, not the next generation Xeon, code-named “Purley”. Purley will give a lift, but I’m not expecting that it negates everything AMD said today.

With all that said, I feel good where EPYC is, but as with RYZEN, I will feel even better as soon as I see third-party validated benchmarks and GTM plans.  Nice job AMD. If you’d like a double-click on a few of the EPYC details, our datacenter analysts also wrote three, deeper dive papers on EPYC RAS features, SPEC CPU 2017, power/performance determinism.