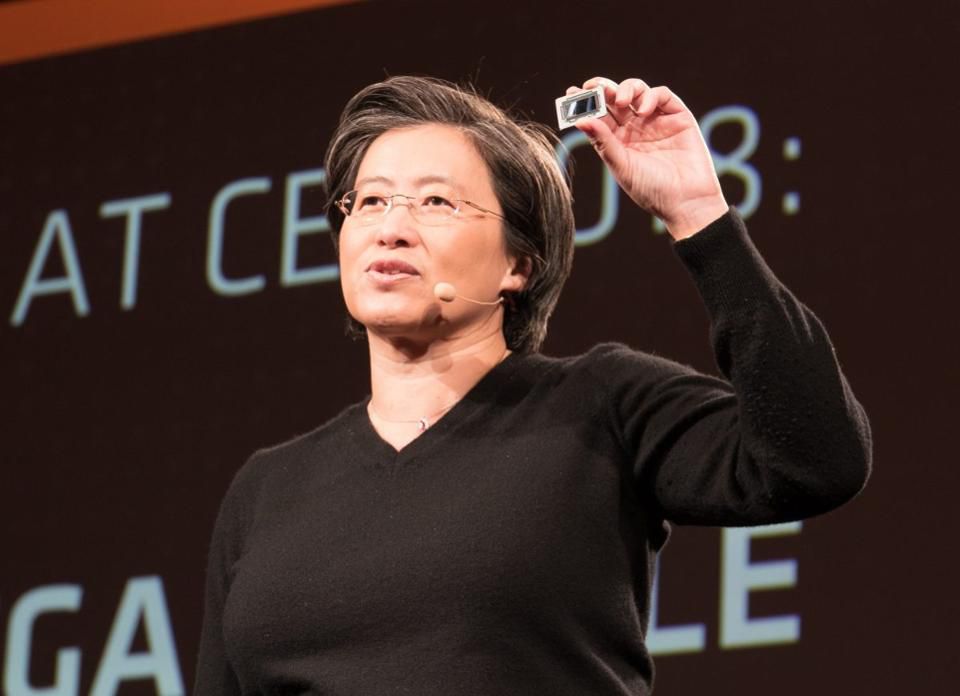 2017 was a great year for Advanced Micro Devices on all measurements which was made all that more impressive given it was on the heels of the company suffering many years of challenges. No longer is anyone discussing AMD’s “survival,” but rather the industry is debating how the company will “thrive” in the future. 2017 was AMD’s comeback year, and to many, the company managed to deliver on almost all of their promises and look to be moving the train right along in 2018. Most of last year for AMD was about “products,” getting out its new CPU and GPU architectures and shipping products with them. The first products that AMD shipped in 2017 were Ryzen and Vega which were both new architectures for the company and had lots of promise. In 2018, we are seeing AMD carrying over the momentum from 2017 into the new year and introducing even more new products and giving more guidance for the rest of the year. I had the chance to attend AMD’s CES Tech Day and want to talk about the company announced and my opinion on them.

With the introduction of Ryzen and Vega, Advanced Micro Devices set a new foundation for it to move forward into the next chapter of its evolution. The foundation of these new technologies brought us products like the highly coveted Threadripper and Vega RX GPUs. While Vega did not do as well as many had hoped in the high-end gaming market, there were still many other opportunities for Vega in other places. One of the big places were game consoles like the PlayStation and Xbox and the recently announced Intel’s 8th Generation processors.   Other places we saw Vega was in AMD’s new APUs dubbed AMD Ryzen Mobile which features Zen CPU cores and Vega GPU cores in a single chip solution. While AMD was not as definitively positioned with this “soft” launch late last year as I would’ve liked, I believe we will see a plethora of new Ryzen Mobile systems this year that will definitively make performance and battery life statements.

Building on their APU momentum in 2017, Advanced Micro Devices is now introducing a Ryzen APU for desktops as well as a new lower-end Ryzen 3 series mobile APU and Pro mobile APUs. These new desktop APUs are new and interesting because they offer the power of AMD’s popular Ryzen processor with arguably some of the fastest embedded graphics on earth. This opens up plenty of new opportunities for AMD and their customers to offer high performance and mainstream desktop performance with a single efficient chip. These new desktop APUs are the Ryzen 2200G and 2400G and will be launching on February 12th and vary slightly in GPU performance and CPU clock speeds. They will also be launching at a very reasonable $99 and $169 respectively, which should help AMD attack the mainstream desktop market.

The new mobile Ryzen APUs, the 2200U and 2300U are 2 and 4 core CPU variants of the current Ryzen mobile APUs. The new Ryzen Pro Mobile APUs are designed to deliver more enterprise-class features and reliability to the notebook market that previous AMD offerings while also bringing the benefits of a Ryzen Mobile APU market. AMD’s Pro line of processors usually lags slightly behind their consumer processors in availability because of the added testing and certifications that are needed to bring enterprise-class processor to the market.

I believe this new desktop and mobile APUs increase AMD’s addressable market and this is where the serious volumes kick in for the company.

New, 2nd generation Ryzen with new chipset and updates on the Zen 2 core

Later this year, AMD will also be refreshing the Ryzen desktop lineup including their Threadripper and Pro processors with a new Zen+ core that is based on GlobalFoundries new 12nm process, which should deliver more performance at lower power. The company is suggesting we should see a 10% performance boost across the board, which is likely conservative, given AMD’s past communications history.

These new second generation Ryzen chips will be compatible with the current generation of AM4 motherboards via BIOS update, but AMD is also introducing a new X470 motherboard chipset that is optimized for Ryzen 2nd generation processors. AMD says it is already “heavily” sampling these processors to their partners, and we can expect the second-generation Zen processors sometime this April. AMD also talked about Zen 2 and said that the design is complete and that we can expect it sometime in 2019 with a next-gen 7nm CPU coming in 2020. I take “complete” as it is ready to go to full silicon after successful simulations.

AMD is also expanding their GPU offerings with a continuation of their “Radeon Everywhere” strategy which includes launching new Radeon Vega Mobile GPUs for ultrathin notebooks. This includes their semi-custom design that they did with Intel where Intel’s 8th Generation CPU cores are paired with AMD’s Vega GPU and HBM2 memory onto a single compact chip. AMD also teased that they plan to sample their first 7nm product this year with a Radeon Vega based GPU specifically built for machine learning, similar to their current MI25 GPU for machine learning. The company also telegraphed that their future Navi GPU architecture that will follow Vega would be manufactured using 7nm. I believe AMD will start investing more in automotive with Vega but we likely won’t see the fruits of that until 2019. It’s exciting, nonetheless.

Overall, AMD has given us a relatively clear picture of what we can expect from the company going into 2018 and beyond. AMD did not disclose all the product details at CES 2018, but they do have to save something for launch, right? AMD demonstrated in 2017 strong execution and the ability to deliver products on time and within or beyond expectations. As the company phases out many of their legacy CPU and GPU products, we can start to see the company transform into its new shape- a company willing to take risks and attack their competitors, while also being able to work with new partners to enable each division to execute in ways that haven’t seen in years. 2017 was very kind to AMD, and while AMD does not control their competitor’s moves, it looks like 2018 is going to be a good year with all of their upcoming new products which either address new markets or improve utility.