Three weeks ago, Amazon.com launched their new Amazon Fire tablet in what sounded like an incredible $65 (without ads on the lock screen), $50 with ads. A few weeks back, I wrote here about a few things I thought were important to consumers to further research if they were considering buying the Fire for them or their friends or family. These were things like having ads on the lock screen, the use of much lower performing processors than today’s tablets, the small amount of RAM and storage, details on the display, and finally, that you won’t be able to run Google Android apps or content purchased through the Google Play Store. It was a popular post, generating more than 140,000 page views. But we never actually knew how the tablet performed on benchmarks. After all, Amazon’s product landing page states that the Fire is a “powerful tablet at an incredible price.” We know it’s cheap, but is it really powerful? 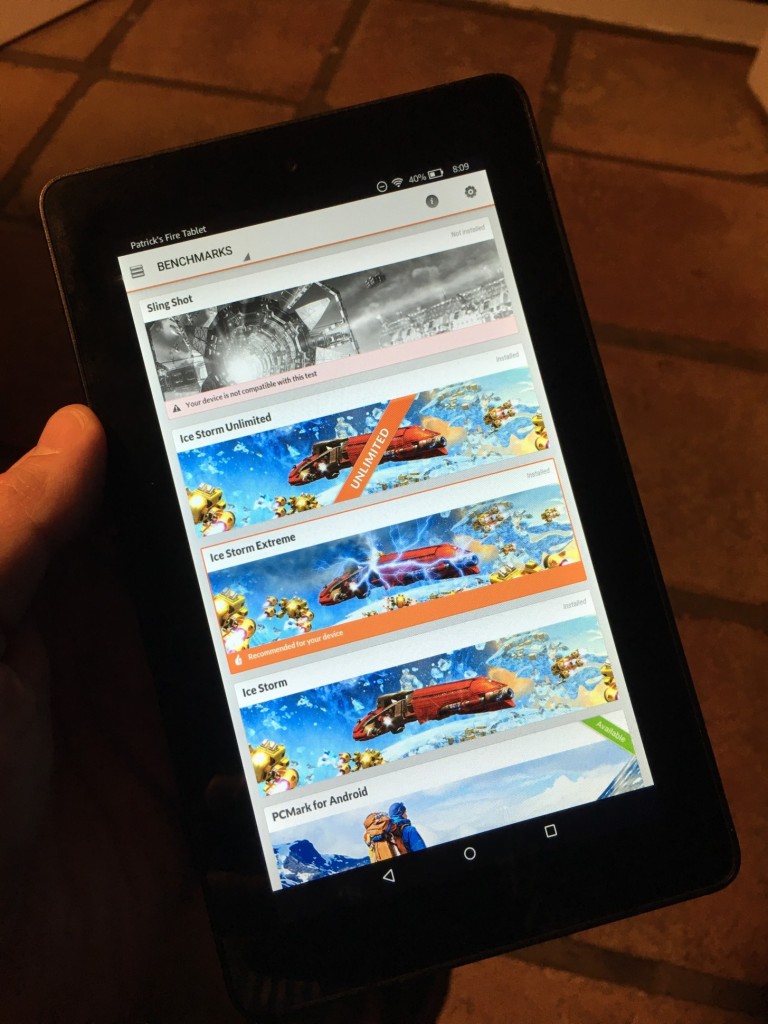 I wasn’t planning on benchmarking the Amazon.com Fire tablet as I am an industry analyst and not an official benchmarker, and I would have expected others to test it.  When I asked benchmarkers why they didn’t test it, they answered that they already knew it would perform poorly. I really wanted to see how it did as I have a pretty extensive device and SoC research practice, so I went ahead and spent my Sunday benchmarking the unit while I watched football.

Net-net, as I expected, the Amazon Fire tablet is a very poor performer based on benchmarks and specifications scoring worse or close to as well as a tablet you may have considered from Google or Samsung Electronics in 2012, not 2015. Here is the upshot below and you can find the excruciating details here if you’re interested.

This makes a lot of sense to me given the Amazon.com Fire tablet uses a lower end MediaTek chip using a much lower performing, off the shelf, ARM Holdings A7 CPU design.

The Amazon Fire Tablet performs more like a tablet in 2012 or 2013 with lower display, memory and storage specs. You get what you pay for.

Graphics-wise, the Amazon Fire tablet does well against its 2012 and 2013 counterparts with its ARM Holdings Mali 450 MP, but it gets demolished by modern-day graphics from NVIDIA, Apple and Samsung Electronics.

Finally, let’s look at some of the most important specifications, the display, memory and storage and do a quick comparisons. The Amazon.com Fire has:

So there you have it. I’m not saying not to buy the Amazon Fire tablet, but I hope this reinforces there are no free lunches or special deals with it. You are getting what you are paying for, and on the performance front, it’s not a lot.