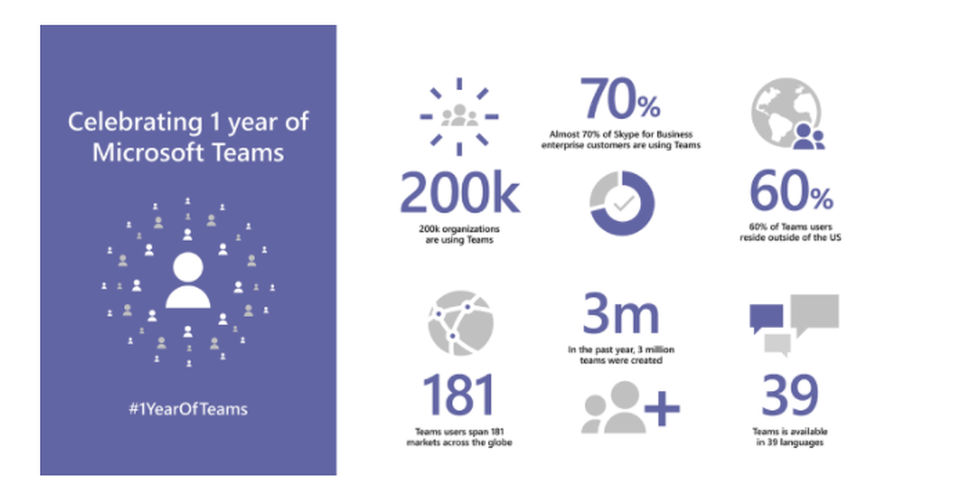 Teams stats after one year

Chat-based tools are all the rage right now in business productivity, collaboration and “future of work” conversations. A lot of them have popped up in the last several years—Cisco Systems Spark, Facebook for Work, Flock, Google Hangouts Chat, Slack, and Microsoft Teams, to name the players so far. They are all similar in that users stay “in-context” on one screen versus context switching between applications. These tools seek to cater to the needs of younger and very mobile workers who are very comfortable with chat-based interfaces, since they’ve used text, iMessage, Facebook, and Twitter. These tools work well across PCs, tablets, and smartphones, as pure multi-tasking isn’t really a “thing.”

The basic idea of Microsoft Teams is simple: do all your collaboration and work in a persistent chat mode—today working on documents (Word), presentations (PowerPoint), spreadsheets (Excel), video (Skype) in real time, while you are chatting back and forth with teammates. Today, Teams allows users to share files, create meetings, and more, all in one chat console. Bots add extra functionality. Bots are like apps for Teams that execute very specific workflow functions and can be written or chosen from a third-party selection.  You can read my take on its original launch here.

Today I wanted to offer my take on the new features and look at the progress Microsoft has made with Teams over the past year and talk about Teams leadership position in large businesses.

Teams one year in
Mid-March, Microsoft celebrated the 1-year anniversary of the launch of Microsoft Teams with the release of a bevy of new features for the chat-based collaborative tool.  One year in, and we must give Microsoft credit for the progress it has made with Teams. If you recall, Microsoft had been playing a multi-year game of catch up with Office 365 with a response to Google Docs (now G Suite). I think Microsoft surprised everyone with the high-quality level of the Office 365 web, cloud, mobile, PC and Mac implementations. Based on the slow follower status, the last thing I had expected was for Microsoft to pounce on this next big opportunity so quickly. But it did, and it now it can now be argued the company is in the leadership position given the metrics it disclosed and its features. 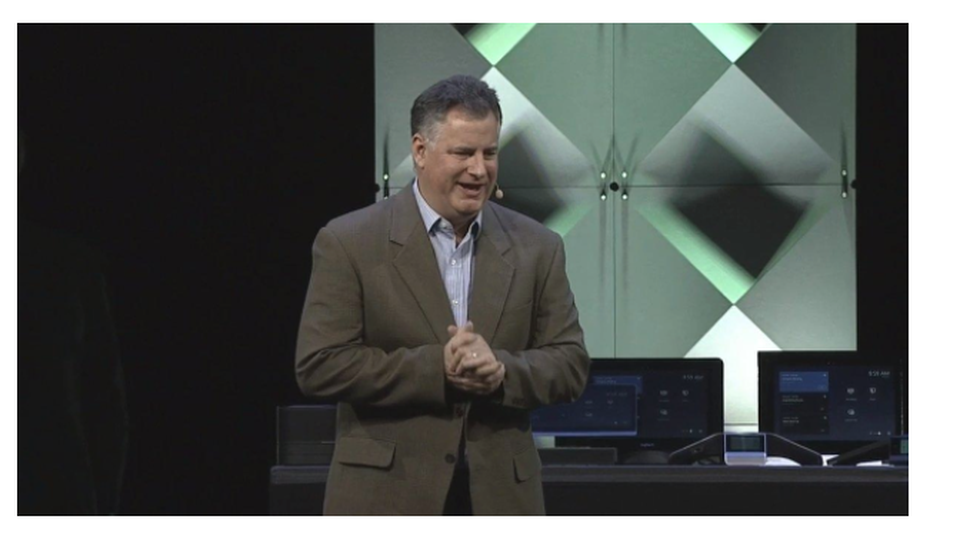 With 200,000 organizations across 181 markets in 39 languages creating 3M Teams already after a year, it’s hard to characterize Teams anything other than a success. If you are an organization who is “all-in” on Microsoft with Exchange and Office 365, it’s easy to adopt and use Teams as it has all the security and compliance and can work with Office 365. I will be even more impressed when I see engagement and usage numbers of different features, but things are looking better than I expected one-year in.

One really neat feature Microsoft is adding to Teams is cloud recording, which the company says will enable one-click meeting records, with automatic transcription and time coding. This will allow team members to search within the transcript, and playback any portion or all of the meeting after the fact. Microsoft is a recognized leader in speech to text, so this makes sense to me. As difficult as the technology is, security, privacy, and compliance is as important and Microsoft gets the implications that vary from country to country, even state to state.  If that’s not cool enough, Microsoft says soon it will throw facial recognition into the mix so that the transcripts will delineate who said what.

Microsoft is also introducing in-line message translation to streamline communication between people who speak different languages, Cortana voice interaction (so users can make calls, join meetings, etc. within Teams using spoken language), background blur for video calls, proximity detection for adding nearby Skype Room Systems to meetings, and the ability to share content in meetings via mobile devices. Microsoft is also a recognized leader in translation and if you’ve ever used the company’s real-time translation across multiple parties and languages, it is impressive. I think the addition of these useful features will only make Teams even more user-friendly and convenient. 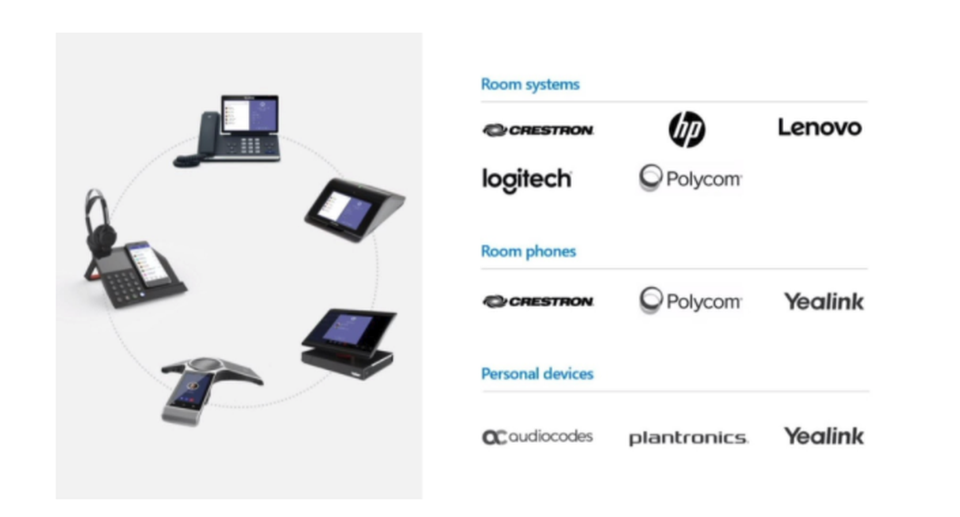 Teams hardware ecosystem will be hard to beat.

Additionally, Microsoft announced it would be partnering with Lenovo and HP Inc. on new Skype Room Systems, all of which support Teams. Microsoft also said it would be certifying new solutions from partners BlueJeans, Pexip, and Polycom to improve interoperability with Teams and other hardware offerings. New Teams-enabled desk phones are coming from AudioCodes and Yealink, along with new conference room phones froPolycommo, Yealink, and Crestron. As we have learned over the last ten years, it helps to have a strong, corresponding hardware ecosystem to pair with your software and services ecosystem. Amazon, Apple, Google, and Microsoft all know this. Microsoft is clearly building out an impressive hardware ecosystem for Teams, with these new devices and enablements for the conference room, huddle room, cube and hot desk.

It will be very hard for anyone to beat this hardware ecosystem and Microsoft has created a large, competitive hurdle.

I have personally used Teams, Slack, Hangouts Chat, and Spark in my small business.  One big thing I’d like to see Microsoft improve on is the simplicity of sign up for small businesses. Microsoft started with large and medium enterprises and in order to use all of Teams’ functionality, you really need to have all email on Exchange or hosted through Microsoft. This makes it easy for Exchange users, but challenging for small business owners such as myself. The alternative is to have an “on.microsoft.com” email address. I know Microsoft is developing a simpler answer and am looking forward to using it.

I had thought Google would be much farther along with Hangouts Chat. A year ago, it announced Google Hangouts Chat available for early user testing (Early Adopter Program) and at the end of February announced Hangouts Chat was GA (general availability). I am using Chat for direct messages, but any company groups I created in Hangouts will still not work in Chat a month later, so effectively Chat doesn’t yet work for my small business. I’m not seeing any export tools for old Hangouts to new Chat, so I suppose I’ll have to recreate groups which will be a major pain as I’ll lose all flow and history.

Microsoft Teams is hitting all the right notes one year in for large organizations who are all-in on Microsoft. It’s showing impressive numbers in customer engagement and innovation with all these new added features and hardware ecosystem expansions. Teams hardware ecosystem will be very hard to compete within the conference and huddle room. To my surprise, Microsoft has managed to leverage Teams to gain a real leadership position in workplace collaboration for large businesses. On the strong track it’s currently on, it may be difficult for other companies to unseat it. Smaller organizations is another matter entirely and Microsoft has its work cut out.