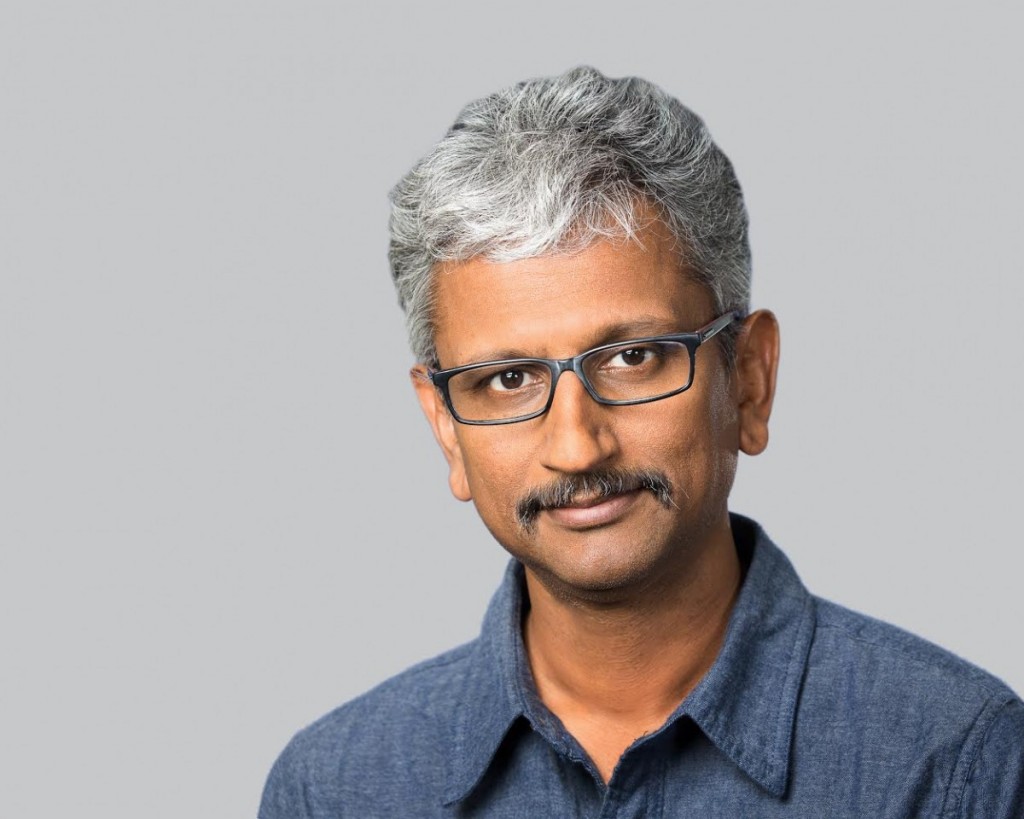 Koduri spoke on two major topics during the conversation including the new direction of their graphics driver software and how they intend to grow the new RTG’s business over the course of the next two years. As a part of his explanation of the future of the RTG he also talked about the different components of the company that make up RTG.

The RTG organization will be comprised of four different components all connected to one another and enabled by content, which will be headed up by Roy Taylor. The three non-content aspects of RTG will be Architecture, Business and Execution. This means that RTG will be leaning more heavily on content as an enabling factor for RTG’s growth. This is a sound strategy when you consider that a lot of NVIDIA’s success has been built on their close relationships with developers and being able to get titles to work well with their graphics cards through their TWIMTBP (The Way It’s Meant To Be Played) program. Also, in this age of tech, content is where everything starts and especially in gaming, content drives the hardware preference, not the other way around. Advanced Micro Devices is already on their way to accomplishing this with their involvement with Electronic Arts on the year’s possibly hottest title, Star Wars Battlefront. They are also positioning themselves heavily within the VR community as innovators with technologies like Liquid VR. 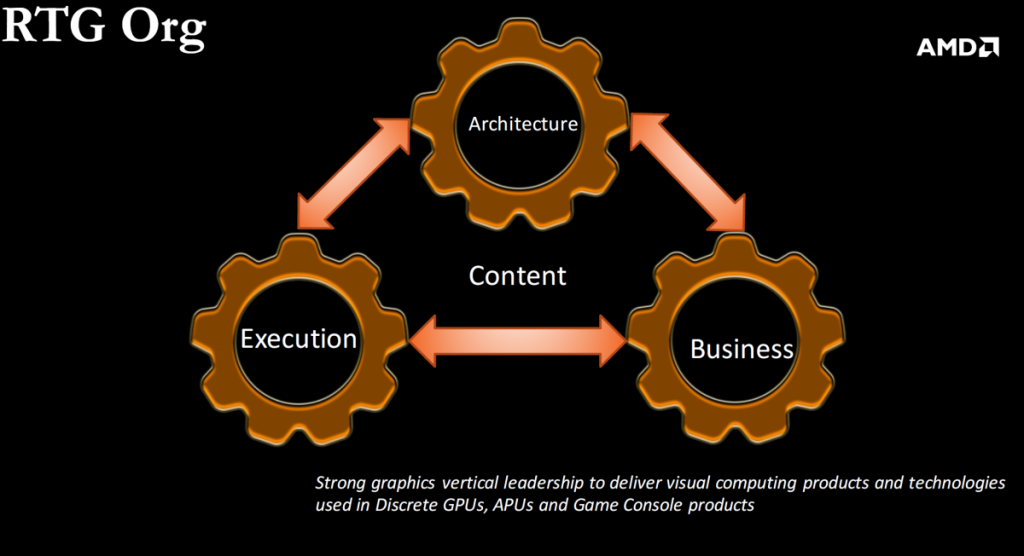 They are also planning a stronger professional graphics push with these new products and their renewed focus on better and more stable software. This is where Advanced Micro Devices has already recently made huge investments as the company is preparing to launch a new suite of graphics driver software for their consumer graphics division. AMD’s share in professional graphics is low enough that any competition that they bring NVIDIA could significantly help their market share in this high margin business. AMD has hired Sean Burke to help drive this forward. Sean was a president at Flex (Flextronics) and Nortek and a senior executive at Hewlett-Packard, Compaq and Dell, and knows what he’s doing. He is known by many in the industry as the father of Dell’s Dimension and Compaq’s Prolinea, all game-changers. (Full disclosure, I worked with Sean at Compaq Computer Corporation in the mid-90′s.)

Koduri went on to explain that Advanced Micro Devices’ strategy to capture consumer and professional graphics will be by providing fully immersive experiences that range from education and medicine to gaming and virtual reality with plenty of overlap in between. They also talked about expanding themselves into what they’re calling “instinctive computing” applications which involve medicine, factory automation, automotive and security. These are computing applications that are more natural to the environment and less obvious to the user and should come as natural user experiences. Obviously, Advanced Micro Devices is already present in a lot of these markets but perhaps isn’t that competitive or doesn’t quite have the right solutions, yet. Their clear focus on these immersive experiences and instinctive computing applications are what they believe will help them improve their market share and more importantly profitability.

The three key focuses are to gain discrete GPU market share in 2016 and 2017 as well as win the next generation of consoles, which will likely be designed for 4K in mind. The current generation of consoles are somewhat under-powered for the 4K TV era even though they all are shipping with Advanced Micro Devices graphics that could support 4K out. This could be a huge opportunity for Advanced Micro Devices since there’s a good chance that console makers will continue to stick with Radeon IP for their next generation consoles and give Advanced Micro Devices an even bigger advantage in the gaming space. AMD’s architectural decisions in the past seem to finally be catching up with them with DirectX 12 in the latest shipping version of Windows as it gives Radeon GPUs a significant performance uplift versus DirectX 12 against NVIDIA. These successes may see future consoles stick with Advanced Micro Devices and give them another few quarters of nice profitability when/if the new consoles ship in a few years.

As a part of Advanced Micro Devices RTG’s investment in both consumer and professional graphics, the company is announcing a new graphics driver initiative. For one, AMD is killing the Catalyst driver brand altogether and is changing their driver names to “Radeon Software” with each annual update getting a new red color themed name. This upcoming driver version will be called “Crimson” and will feature different version numbers for each revision, with Advanced Micro Devices hoping to release at least one WHQL every two months with beta drivers in between. The new Radeon Software drivers will feature a simpler UX and improved aesthetics and are designed to be more user friendly. Advanced Micro Devices has done a very good job with their drivers as of late, with their support for Microsoft Windows 10 and DirectX 12 working out of the gate and delivering the best possible performance. I have used AMD’s in Windows 10 and, outside of some Preview issues, have been very impressed with their drivers’ stability and performance in games. With these improvements and their latest Windows 10 drivers hopefully Advanced Micro Devices can overcome their reputation for having “bad drivers” which they had earned over the years, which really is no longer the case. Having such a reputation has hurt the perception of the brand in the past and impacted sales even when their products were the best. Advanced Micro Devices and RTG have spent a lot of time and resources to improve their drivers and it’s really starting to show, but they need to continue to keep making consumers aware of the improvements.

Lots of changes are coming for Advanced Micro Devices’ RTG this coming year and 2016 should be an extremely interesting year for graphics with new GPU architectures and process nodes. AMD’s RTG is a new organization that almost calls back to the ATi days, pre-Advanced Micro Devices acquisition, but with a new focus on today’s technologies and needs. For the industry’s sake, hopefully the company’s new organization will allow them to focus on bringing competition to NVIDIA while also working with more partners than they have in the past. If you caught NVIDIA’s latest earnings, they are on a roll. Again. Advanced Micro Devices’ RTG has a vision and a plan and they are already on the path towards potentially introducing some seriously competitive products into the market. It’s all about execution at this point.