Advanced Micro Devices has had more of an embedded and semi-custom SoC focus as of late, but they continue to crank out devices for the personal computer market. As I wrote about here, AMD had success in 2014 getting assorted into commercial notebooks, but that hasn’t equated to overall PC unit share gain. So what about 2015? For 2015, AMD is busily preparing their newest SoC, Carrizo. Carrizo will be AMD’s primary PC focus in 2015 with a specific focus on mainstream and performance client products which include both desktop and notebook platforms. Whichever way you slice it, AMD is banking a lot of their future on Carrizo, so it’s important that we look at what makes it tick.

AMD’s plan is to offer Carrizo in multiple flavors with varying levels of performance, power and price. Carrizo is a full SoC on a single die, not an MCM (multi-chip module), which combines multiple elements of AMD’s CPU and GPU IP in slightly differing combinations to attempt to deliver a broad yet simple product mix.

Carrizo will not only replace Kaveri, but it will also replace Beema from last year. This will be accomplished through AMD’s Carrizo-L (think Low) variant, which still features AMD’s Puma+ CPU cores, while the higher-end Carrizo part will have an updated Excavator CPU core giving it better power efficiency. The updated cores from Kaveri to Carrizo are fairly important not only for efficiency as they should also help support the new GPU on Carrizo since it’s getting upgraded from the Sea Islands family of GPUs to the Volcanic Islands family of GPUs.

I believe that Carrizo will be more competitive in performance per watt than their last two generations of notebook parts, but we will have to wait on independent third party benchmarks to see if that’s the case. 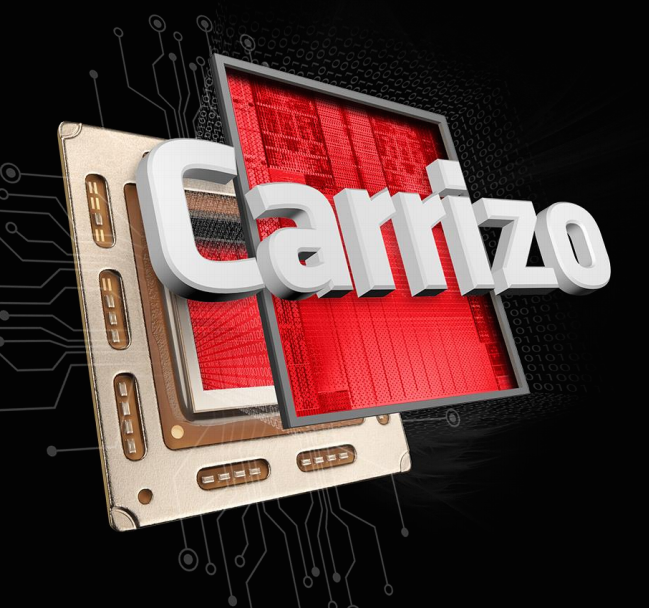 Carrizo is also AMD’s first APU that is fully HSA (Heterogeneous Systems Architecture) 1.0 compliant and has all of the security features of its predecessors. One challenge is that even though Carrizo may support full HSA 1.0, the company has not quite found a way to leverage this as a competitive advantage or to convince enough ISVs or OSVs that it is relevant. But the fact that it will support DX12, thanks to having a third generation GCN (Graphics Core Next) GPU architecture, is very important considering that Windows 10 is quickly creeping up on us, and anyone without DX12 capable solutions likely won’t be able to get many design wins in the mainstream and performance segments.

AMD’s focus with Carrizo appears to be on improved performance per watt, lower power consumption and increased value by offering more powerful products in lower power envelopes. Ultimately, with Carrizo AMD’s core audience appears to be the OEMs looking to build traditional, low power notebooks or All-in-Ones that deliver a balanced experience at an affordable price. AMD was able to lower their TDP of Carrizo to 10-35W, which is quite a bit lower than the 17-35W they used to have with Kaveri.

AMD recognizes that simply having affordable and efficient SoCs isn’t enough, so they’ve got to really listen more closely to what their OEMs want, and that appears to be the result with Carrizo. While only important to those in the industry, AMD has re-architected their Carrizo value, mainstream and performance SoC packages and sockets to be “compatible”. This means an OEM can leverage one notebook platform and stick a Carrizo value, mainstream SOC inside. This lowers the OEMs development cost and increases their material flexibility. AMD will eat the cost by burdening the lower cost SoCs with incremental cost, but could balance out in the end with more designs. Simplifying their product line and giving OEMs what they want could ultimately help AMD get a more solid foothold in the client notebook market. But there is no denying that AMD still need to push on HSA if they want to remain competitive in terms of performance and continue to deliver value and efficiency to consumers.

It will be important for AMD to get some design wins with Carrizo before Windows 10 launches as well as to get in a few of the first Windows 10 devices. Microsoft believes that Windows 10 may be their best OS to date, and considering the current consumer sentiment there is a good chance that AMD could benefit from a potential Windows 10 boom. Windows 10 could prove to be even more important if Microsoft really pushes on GPU compute capabilities as well as things like HSA that could potentially increase the speed a Windows 10 system as well as its efficiency.

Carrizo is a big deal for AMD in 2015 and all eyes will be on it to see if it can help reverse AMD’s market share fortunes in the PC market. Beyond all else, AMD needs to make HSA mean more than it has over the last few years.