2018 promises to be an interesting year for the smart home and security industry. We’ll undoubtedly see many new products and solutions designed make our lives easier and more productive, so that we can focus on the things that matter to us most. After all, isn’t that the goal of a winning consumer technology product?

With that in mind, and in no particular order, here are my thoughts/predictions on what we’ll see in the smart home and security space in 2018: 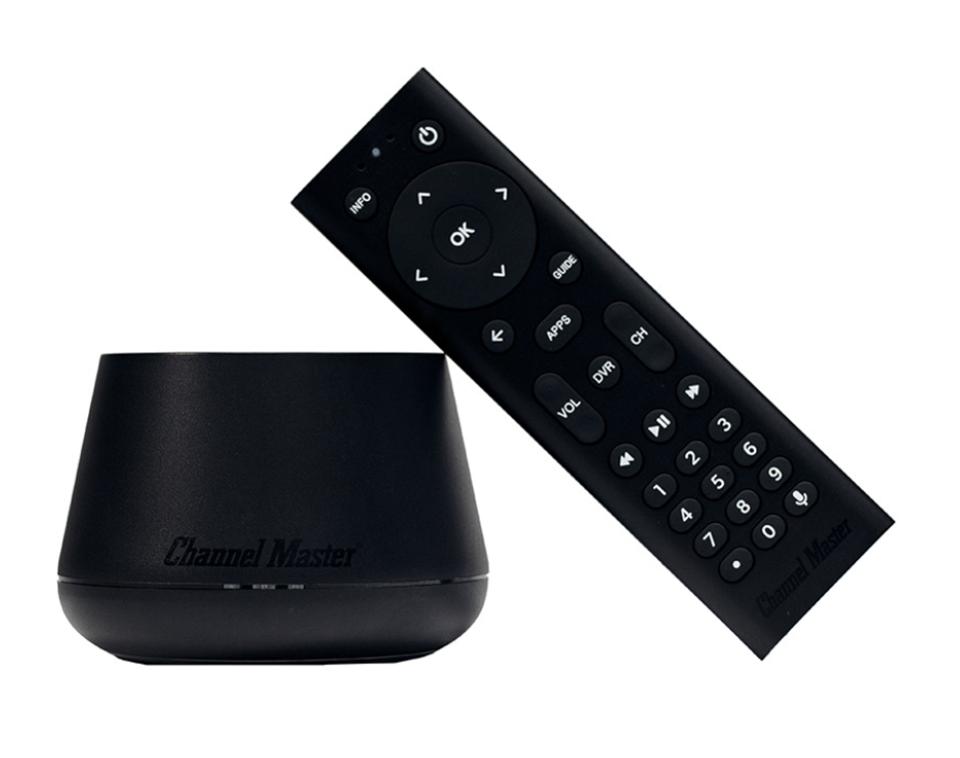 #1: More and more cord-cutting solutions will hit the market: I’ve written extensively about the cord cutting phenomenon over the past several weeks, as more solutions emerge that can provide a close to equivalent experience to cable and satellite subscriptions. I’m particularly interested in solutions that combine both free “Over The Air” (OTA) and “Over The Top” (OTT) services (e.g. Netflix , HBO NOW, Hulu) so that the consumer has an integrated news and entertainment experience, with access to local news and sports. The new AirTVproduct, released just a couple of weeks ago, is an excellent solution, but the landscape will get even more promising over the coming months. Channel Master, a longtime player in the OTA space, recently announced STREAM +, which will provide consumers with another great choice to cut the cord. I expect to see a number of other new products in this category that will make the cord cutting experience easier, more seamless, and more versatile. 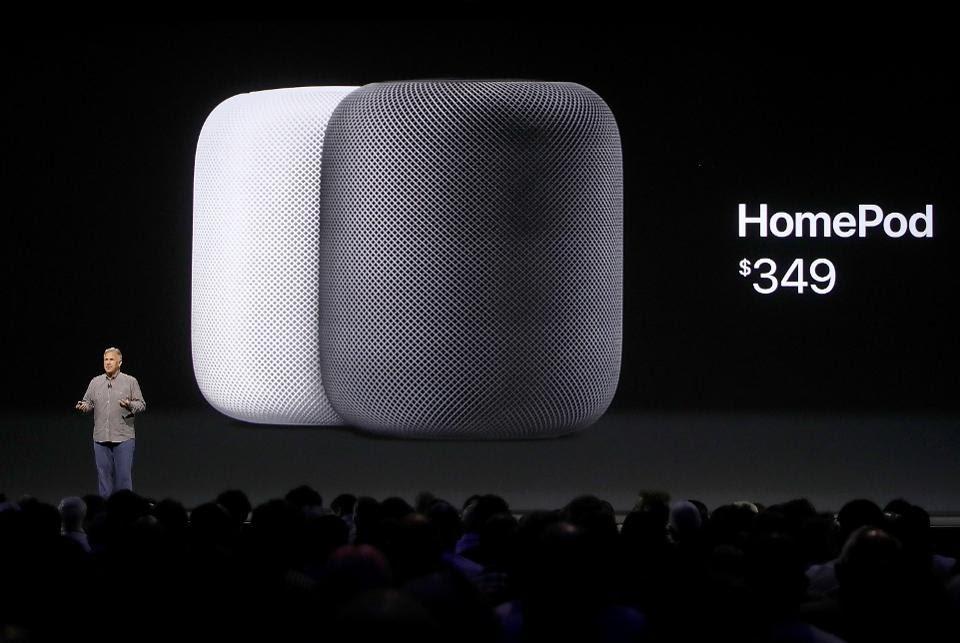 #2: Apple’s forthcoming (and hotly anticipated) HomePod will surprise the market by rivalling Amazon Alexa-based products from a home automation standpoint: Much has been made of Apple ’s delay announcement back in November (some of it almost bordering on outrage), but I give tremendous credit to Apple for taking its lumps in the press—it’s never an easy thing to do for a company the size of Apple , with its legendary (and often outspoken) fanbase.  While I have no direct knowledge of this, my guess is that Apple recognizes it trails Amazon.com (not to mention Google and even Microsoft) in the home automation space, and the delay may be due to making sure that HomePod’s Siri functionality performs well (especially with HomeKit-based smart home devices).   Apple certainly went to great lengths at HomePod’s announcement earlier in the year to emphasize the product’s sound quality, but I believe Apple  realizes that HomePod needs to be much more than that to command the $349 price point (which is substantially higher than Amazon’s best-selling 2nd generation Echo model, with a list price of $99).

#3: “Authentic” wireless charging will make an appearance in 2018: To say the least, I’ve been surprised that so many consumers (including friends and family members) believe that Apple “invented” wireless charging, with its recent announcement of inductive charging support with its new iPhone 8 and iPhone X models. This completely ignores the fact that Samsung (among others) have had inductive charging support for years (not to mention it’s been around for more than a generation with routine consumer products like electric toothbrushes). Putting aside the myopia of Apple ’s fanbase, we will see “genuine” wireless charging with non-inductive solutions that do not require physical contact with a power source and a device. Powercast, for example, has an “at range” wireless charging capability that can charge devices up to 80 feet away. Even if these capabilities only end up providing “trickle” charging benefits depending on distance, type of device, and power consumption, the opportunity to automate multiple functions in the home will exponentially expand with this technology. Powercast is not the only company on the scene in this space—Energous recently announced FCC certification with its new short-range wireless charging capability. Energous’ technology supports both contact and non-contact charging and uses radio frequency (RF) energy to recharge batteries. I look forward to reporting back on how the technologies in this space progress over the course of 2018—it’s going to have a major impact on the industry and consumers.
#4: Choose your home security solution carefully, since the company may not be around in 2019: Let’s face it—the home security category is a very crowded space, rivaling one of the overpopulation scenes in Soylent Green. There are literally hundreds of companies, mostly startups, that are vying for this particular piece of real estate within the home. Because there are no clear leaders at the master security level (from a market share standpoint), as well as the fact that multiple (and sometimes not totally compatible) solutions exist, consumers are more confused than ever before. While the market size is huge (Research and Markets, a firm that follows the home security market on a global basis, forecasts that the total market for home security products will reach $51.5 Billion by 2022), most consumers prefer to stick with companies who already have traction in the space. Nobody wants to replace their home security solutions 5 years from now because the company they bought their product from is no longer around. It’s still not clear to me who the winners and losers will be, but the companies who already have a decent level of brand recognition (e.g. Ring, Nest, SimpliSafe, Comcast   have built-in advantages that could help them survive the coming market purge.

#5:  Home security starts to focus on “always on” connected devices that most consumers rarely think about: in the brave new world of connected devices in the home—especially as consumers begin to automate basic home functions like lighting, temperature and security—most consumers don’t realize how many “smart” devices they currently have connected to their home network. I don’t think I’m atypical from most consumers in that I currently have (if you can believe it) 43 devices on my home network: PCs, notebook, tablets, televisions, smart thermostat, video console system and the list goes on. Unfortunately, it may require some type of a highly public, catastrophic “hack” of a popular device (a Nest thermostat, for example) to get the proper level of attention from mainstream consumers, but some forward-thinking security companies are already developing new products to protect home networks at the device level. Symantec ’s Norton division, for example, has been a leader in the PC software security space for years and is doing some interesting work in this area with products like Norton Core, which essentially inspects every data packet entering your network for rogue code and offers heightened protection for connected devices, distinguishing itself from other devices on the market. More products like this would be a welcome trend, given the exponential rate that connected devices are growing within the typical home.

#6: Machine learning and artificial intelligence starts to really pay off in the home (and enterprise) security space: Tired of all those false alerts on your “smart” doorbell or outside security camera? 2018 promises to showcase solutions that embed powerful machine learning algorithms that will be able to distinguish between the FedEx delivery person dropping off a package at your front door and a burglar trying break into your home. More sophisticated video search capabilities are on the way, such as the ability to search for specific attributes in a video clip (e.g. “Find me all red Ford Escapes that drove past my driveway in the last 24 hours”). It’s worth mentioning that while capabilities like this will be an incredible boon to home security and law enforcement, they will also present serious privacy issues and the specter of Big Brother. Still, I believe the positives will outweigh the negatives. 2018 will see enormous advances in the mitigation of false alerts, and the ability to better search/analyze the growing amount of both public and consumer-monitored video.

The upcoming Consumer Electronics Show will likely be a launching pad for many of these items I’ve detailed above, and it will be interesting to see how mainstream consumers will react to (or outright reject) them. The only other prediction that I have for 2018 is that next year’s New York Giants will go from being one of the worst teams in the NFL to winning the NFC East next season. That being said, I have a Jets’ fan cousin in New Jersey who keeps telling me not to quit my day job analyzing the consumer technology space.