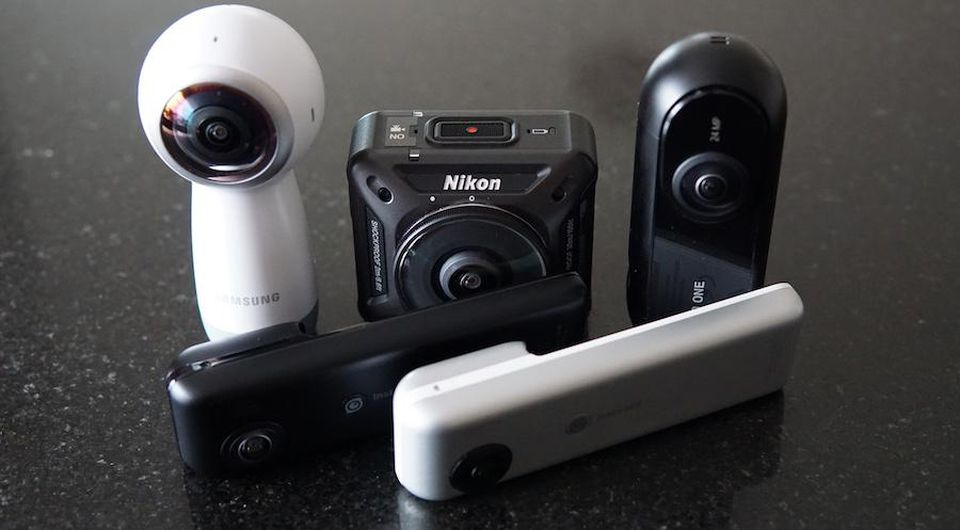 I have been tracking the 360-camera space for quite some time. One crucial thing I’ve found in my coverage is that building a good, consumer-friendly 360 camera is not easy. While it’s a relatively new market, the field is already littered with failures and dead camera companies. I wanted to talk today about one company, Insta360, who has managed to beat the odds and consistently bring good products to market. First a little background.

What it takes for a 360 camera to be successful

Part of what makes 360 cameras so difficult is that it’s very hard to capture the full 360 view without having too many visible stitch lines and costing an arm and a leg. A successful 360 camera must have a perfect marriage of good hardware and software design and engineering. In this market, you can’t get away with one and not the other. I have witnessed companies make valiant efforts with ultra-high-resolution camera that failed to deliver on expectations and/or price. With new technologies and a new industries, companies have to be aware of price sensitivities of consumers and their cost expectations. I believe that almost any camera that tries to sell north of $299 in the consumer segment is probably doomed—people just don’t expect to pay more than that for a camera.

Another important thing to keep in mind is that people already have smartphones with amazing capabilities, including panoramas and 360 spheres (though they admittedly take longer than using a 360 camera). Additionally, smartphones like the Lenovo Moto Z2 Force and Essential PH-1 both offer decent 360 cameras that just bolt on for $299 and $199, respectively. So, any 360 cameras that are out there now need to offer a better level of quality and user experience than these smartphone offerings, with better features and UI. User experience, camera quality, and affordability are also key sticking points for creating VR content with 360 cameras. There aren’t a lot of 360 cameras on the market currently that satisfy all these needs, which is a shame—given the current VR content void, it could be a boon for both industries.

Insta360 stands out in the crowd
The reason why I bring up Insta360 is that the company consistently delivers some of the best image quality and user experiences on the market. What makes Insta360 even more impressive is that it is a relatively small company (with about 500 employees) based out of Shenzhen, China, and has been delivering new products and features at a clip that I don’t think I have ever seen before, with any company. Insta360 always has seems to have something new in the works.

The company’s first camera offering was the Insta360 Nano—an attachment to the iPhone, featuring external microSD storage and its own battery, to ensure longer usage and less battery drain. I bought that camera in January of 2017, when Insta360 was still a relatively unknown entity, and I was impressed with both the capabilities and price. Since then, Insta360 has added tons more features to the camera, while also introducing new models such as the Insta360 Air (an Android 360 camera), Insta360 Pro, Insta360 One, and Insta360 Nano S. All of these cameras, essentially in only two year’s time—I reiterate, impressive. Insta360 isn’t a one-hit wonder, or a company unwilling to take risks on new products. It has successfully built a community around its cameras and is selling them in considerable quantities—helping to seed 360 content all over the world on multiple platforms.

The company’s latest camera, the Nano S, is a second-generation update to the original Insta360 Nano with improved photo and video capabilities. This new camera is still an attachment to the iPhone, but it isn’t as high resolution as the standalone/attachable Insta360 One (which I prefer). The new Nano offers significantly improved resolution (20MP) and video (4K), effectively doubling the specs of the previous generation Nano, with only a $29 price increase over the Nano’s original MSRP. It also enables 4K 360 video streaming (the bare minimum for 360 video content, in my opinion) which requires a considerable amount of bandwidth. The bandwidth issue is why 360-degree video comes up so often in conversations about 5G networks.

All of these achievements are not to diminish the company’s prosumer camera, the Insta360 Pro, which originally launched as an 8K 360 camera (you can read my review here). That camera saw major updates, such as 12K photo resolution (roughly 72MP) and improvements to stitching algorithms and image quality. Last year organizations like CNN, BBC, and NASA began using Insta360 Pro cameras to offer 360 streams on various platforms, including Facebook. Even at the high price of $3,500, the camera is selling remarkably well.

While Insta360 has a great portfolio, the industry is not without challengers. Google %’s VR180 format and cameras that support it could be a real game changer. These cameras offer 4K 180 3D video and photos, and are easy to use and produce content with because you don’t have to hide yourself and others from the video feed. I believe that VR180 and 360 videos are complementary and will both serve a purpose for the industry. There’s no denying that 360 videos and photos are harder to shoot and edit than something like VR180, but it’s very hard to give someone the same feeling of being fully immersed in their surroundings with a 180-degree shot.

It seems that Insta360 simply cannot stop innovating and improving upon its products. While this pace may seem dangerous given the relatively small size of the VR market, I do believe that 360 cameras have potential in other consumer areas—travel photos, for one. Being useful in other markets could give Insta360 some time to sell these cameras to people before they become a necessity for VR. I believe it is important for companies like Insta360 to continue to innovate because more smartphones will likely eventually have 360 and 180 photo and video capabilities built-in. Though 4K 180 will suffice for now, I still believe that 8K 360 is where the industry needs to be headed. That, along with the deployment of 5G networks will start to really deliver the image quality that consumers are expecting. I’m sure Insta360 will be ahead of the pack when that time comes. For now, Insta360 is continuing to deliver affordable, easy-to-use, high-quality cameras at a pace that really can’t be matched by anyone else in the 360 space. 360 cameras are hard, but Insta360 makes them look easy.