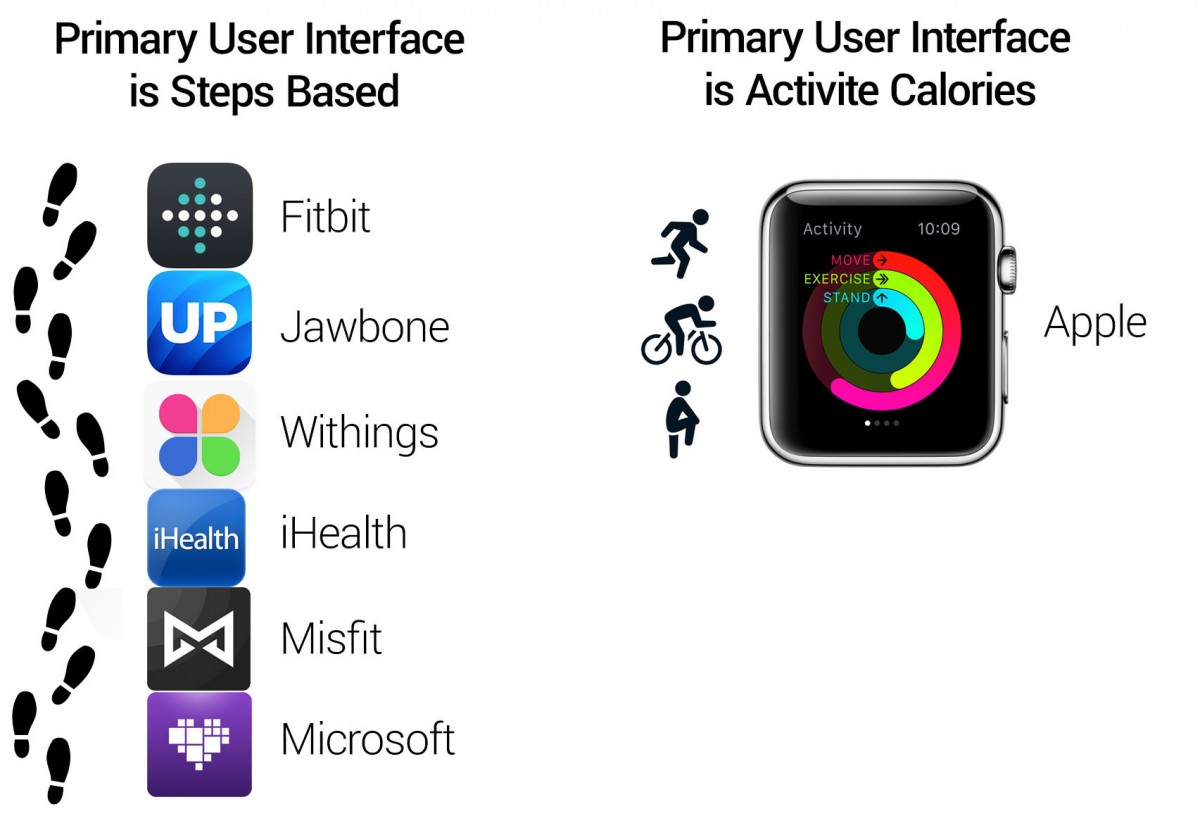 The logic is clear for corporations as well. A study by Rand Corporation shows that successful corporate wellness programs can stymie the rise in corporate healthcare costs by 7% annually per person. The National Council on Strength and Fitness estimates a 6:1 return on investment for corporate wellness programs in reduced healthcare costs and absenteeism. By reducing costs, giving employees access to popular devices, and reaping the benefits of a positive workplace image, corporate partnerships with device manufacturers are an attractive option.

But tying corporate wellness incentives to wearable technology metrics in their current form is bad for the individual. The reason is that nearly every fitness or activity tracker—with the exception of the Apple Watch activity tracker which centers on active minutes—prioritizes 10,000 daily steps as the primary norm. There are many problems with this approach, such as the inconsistencies of measurement, which are especially vexing when they mean the difference between receiving a financial incentive or losing out. But the primary problem is that steps as a metric and 10,000 steps as a goal are not good measures of wellness, and programs structured around them are incentivizing the wrong thing.

The 10,000 step goal was born in the 1960’s when Japanese walking clubs adopted an early version of the pedometer. Wearables like Fitbit, being essentially connected pedometers in their early years, adopted the measure as central to their interface. In the consumer marketplace, the 10,000 steps goal is round and easily communicable, and happens to roughly tie to recommended healthy activity levels.

The rough relationship, though, is where the problem lies. The Centers for Disease Control & Prevention and the Surgeon General both recommend a minimum of 150 minutes of moderate activity in addition to normal activities for adults each week as a baseline for active living. The elision of 150 active minutes to 10,000 steps displaces activities outside of walking or running, effectively limiting our view of wellness to an arbitrary metric with an impersonal goal. Such a program is akin to measuring a child’s education based on how well they can spell.

The primary metric displayed on a wearable is a window into its soul, and 10,000 steps is antiquated to the extent that we must question the perspective of manufacturers using it. I commented previously on the wealth of research Apple has captured that led to the prioritization of active minutes, which is in line with the CDC and Surgeon General, and this shows a clear prioritization of health and wellness. 10,000 steps is a vanity metric, which for individuals into fitness, is not harmful even if it is not entirely useful. But for chronically ill people and for corporation populations with a variety of histories, preferences, and abilities, setting any step based benchmark dangerously misses the point and undermines the very intent of corporate wellness programs.

Consider that you wake up and mountain bike for an hour, eat a wholesome breakfast, and polish off the morning with stretching and cross-training. Certainly the start to a healthy day, and yet far off the mark of step count goals. Under a 10,000 step program, no incentives for you, even though you nearly met the CDC’s recommended weekly activity in just a single day. Without accounting for the myriad ways to be active and increase wellness, tying workplace incentives to such an arbitrary measure misses the point, and, worst case, hinders improvement.

Extend the example to those more in need of access to corporate wellness programs who are at risk for chronic diseases and who account for a substantial majority of shared healthcare costs. Many of these individuals may be incapable of meeting a 10,000 step goal. Wearable tech’s response is “no problem, start with a lower step count, and work your way up.” Such an approach fundamentally misses the individual’s wellness needs, which could be related to diet, stress or exercise limitations. By incentivizing the unattainable, a corporate wellness program centered on such a device metric reinforces the difficulty of healthfulness and, in some cases, actually financially penalizes the participant.

The critical flaw of such a program is that, by failing to engage people at the crux of the healthcare cost issue, it fails to move the needle for the corporation as a whole as well, leading toward the bitter taste of another failed savings program and stigmatizing much needed wellness options as ineffective.

We need programs tailored to personal improvement, and if wearable technology companies intend to lead broader wellness in their foray into corporate programs, then they need to shift the emphasis to active minutes and away from step counts. Wearable-tech-led corporate wellness programs need to move beyond a singular, arbitrary measure like step counts and shift their paradigm to incentives based on an individual’s path to wellness.